Food Stamps and Unemployment Compensation in the COVID-19 Crisis 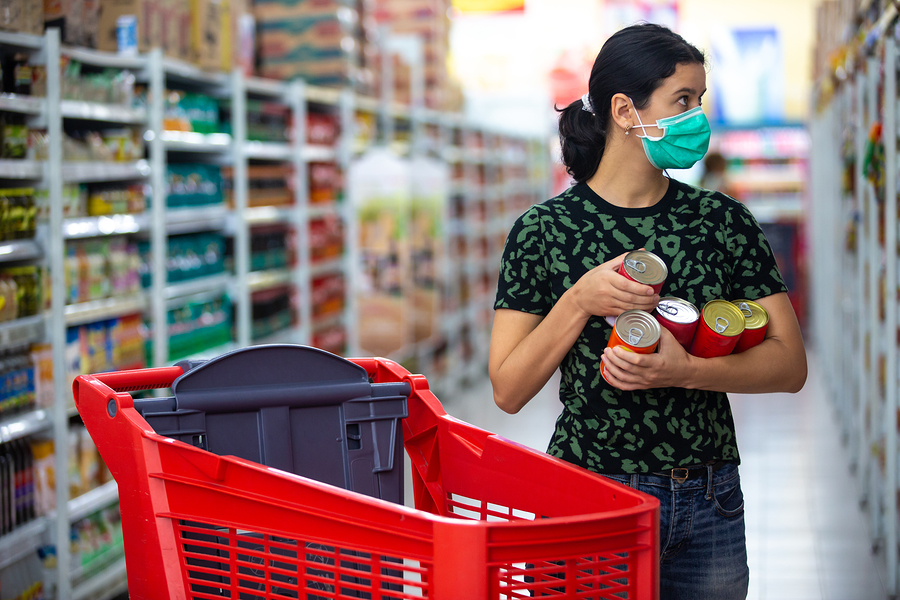 Effective April 1, the Coronavirus Aid, Relief, and Economic Security Act (CARES Act) significantly increases access and benefits for unemployment insurance (UI) and the Supplemental Nutrition Assistance Program (SNAP), previously known as food stamps. These two programs responded quickly during the Great Recession to become the most important strands in the social safety net. Many adults received benefits from one or both programs during the crisis. Features of the massive federal fiscal stimulus in CARES Act suggest the patterns of SNAP and UI program use might differ, however, from the Great Recession.

Before and After the Great Recession

SNAP most often benefits low-income households, while UI mainly serves workers who have lost their jobs. Figure 1 shows that participation in both programs rises when the unemployment rate increases. Although participation in UI rises and falls quickly in response to changes in unemployment, SNAP participation is far more persistent, even as employment conditions improve.

After the Great Recession, enrollment in both programs jointly was not uncommon. Low-income working households already receiving SNAP turned to UI after job loss, and unemployed workers who remained jobless and suffered large income losses turned to SNAP. Averaged across a group of six states which together are representative of the nation, my coauthors and I estimate that UI receipt among SNAP households ranged from 4.5 percent in 2006 to 11.3 percent in 2009.

Program Changes under the CARES Act

In response to the Covid-19 crisis, in mid-March many states began restricting economic activity to promote social distancing and slow the spread of the virus, but it’s unknown how long (and how deep) the effects on the labor market will be. Many states have broadened access to regular UI benefits, even as new initial UI claims reached an all-time high the previous week, and sweeping federal fiscal stimulus programs under CARES Act will begin on April 1. State policy and federal legislation change—temporarily—several aspects of UI and SNAP:

Likely Effects of the CARES Act on SNAP and UI Receipt

UI receipt in the next few months is likely to soar. Just for the week ending March 21, new UI applications hit 2.9 million, not adjusting for seasonal trends—nearly three times the previous record. Considering that 20 million beneficiaries were added in 2010, during the depth of the Great Recession, and the broadened coverage from CARES Act—including the self-employed, relaxed eligibility requirements, and higher benefits—it is not unreasonable to expect at least 50 million UI beneficiaries at the peak of the current recession.

Despite the additional funding and eased requirements for SNAP, the bulk of income replacement during the Covid-19 crisis will almost certainly come through UI benefits. The increased generosity of UI under CARES Act, relative to the Great Recession, will probably reduce the rate of joint UI and SNAP participation through December 31, 2020, when the CARES Act is set to expire. Therefore, the majority of added SNAP benefits will likely go to households already on SNAP. In fact, the increased generosity of UI might render some SNAP households ineligible, as UI benefits reduce SNAP benefits more than an equivalent rise in earnings from work.

This is especially likely due to the provisions on minimum weekly UI benefits, which are quite progressive. The feature resetting the state minimum weekly benefit amount to half the state average weekly benefit amount, means that a low-wage worker who might normally receive $50 in weekly benefits might now get $150 in state UI benefits, plus the federal additional compensation of $600, totaling $750 per week. While benefits of this amount reduce eligibility for SNAP, they more than make up for the relatively limited value of SNAP benefits, which average around $240 per household per month.

To the extent that the unemployment disruption is short-lived, the CARES Act provisions supporting and promoting work-sharing will also imply that most income transfers come through the UI system. For example, suppose social distancing in the workplace can be achieved with 50 percent staffing, and these hours can be distributed among workers on work sharing who would receive half their normal UI benefit amount. The CARES Act provides 100 percent reimbursement of work-sharing benefits to states with these programs. If states credit these reimbursements to employer UI accounts, then employers who use work-sharing will see no increase in their UI tax rates, thus providing an incentive for employers to use work-sharing to promote social distancing.

The temporary CARES Act expansions to UI mean that fewer families are likely to participate in SNAP than during the Great Recession, as families with broadened UI benefits are less likely to be eligible for SNAP. However, if the employment crisis continues until a vaccine and effective therapies are available—some time in 2021—even the relatively generous benefits currently provided by CARES Act may need to be extended.

Strengths of the Social Safety Net in the Great Recession: SNAP and UI
Upjohn staff proposals and responses for understanding the ongoing crisis