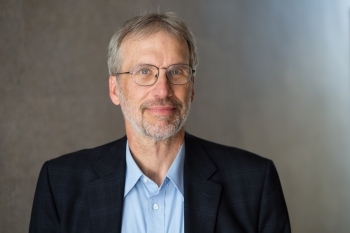 Bartik’s research has also examined policies to promote local skills, and how these affect local prosperity. His 2011 book, Investing in Kids, examined how early childhood programs could promote local economic development. According to Nobel prize-winning economist James Heckman, “Tim Bartik has written a thoughtful book on the value of a local approach to financing and creating early interventions to foster child development.” Bartik has also done extensive research with his Institute colleagues on the effects of the Kalamazoo Promise, a pioneering place-based scholarship program intended to improve the local economy.

Bartik received both his PhD and his MS in economics from the University of Wisconsin–Madison in 1982. He earned a BA from Yale University in political philosophy in 1975. Prior to joining the Upjohn Institute in 1989, he was an assistant professor of economics at Vanderbilt University.

The Aftermath of the Pandemic Recession: The Role of Economic Development Policy

An updated proposal for timely, responsive federal aid to state and local governments during the pandemic recession

March 14, 2019 · Research Highlight
Report outlines strategies that small and medium-sized cities, along with rural areas, can follow to create jobs for their residents

"But For" Percentages for Economic Development Incentives: What percentage estimates are plausible based on the research literature?
Helping Manufacturing-Intensive Communities: What Works?
The Effects of the Kalamazoo Promise Scholarship on College Enrollment, Persistence, and Completion