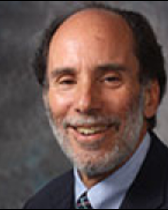 Stephen A. Wandner is a research fellow at the Upjohn Institute and a visiting fellow at the Urban Institute. Formerly he directed strategic planning for the Employment and Training Administration of the U.S. Department of Labor in Washington, DC. Prior to that he was the director of research for the ETA, and before that he held the same position with the Unemployment Insurance Service—in both cases conducting and directing research on a wide variety of labor issues. In that capacity, he conducted eight Unemployment Insurance Experiments as well as three other experiments, all dealing with dislocated workers.

Wandner is the author of many articles and an editor of four books for the Upjohn Institute: Unemployment Insurance in the United States: Analysis of Policy Issues (1997), which he coedited with Christopher J. O’Leary; Targeting Employment Services (2002), coedited with Randall W. Eberts and O’Leary; Job Training Policy in the United States (2004), coedited with O’Leary and Robert A. Straits, and Unemployment Insurance Reform: Fixing a Broken System (2018). He is also the author of Solving the Reemployment Puzzle: From Research to Policy (2010), winner of the Richard A. Lester Award as the most "Noteworthy Book in Industrial Relations and Labor Economics for 2010." He received his PhD in economics from Indiana University.

How to fix a broken unemployment insurance system