Financing Michigan Unemployment in the Pandemic: A Case for Federal Aid to States 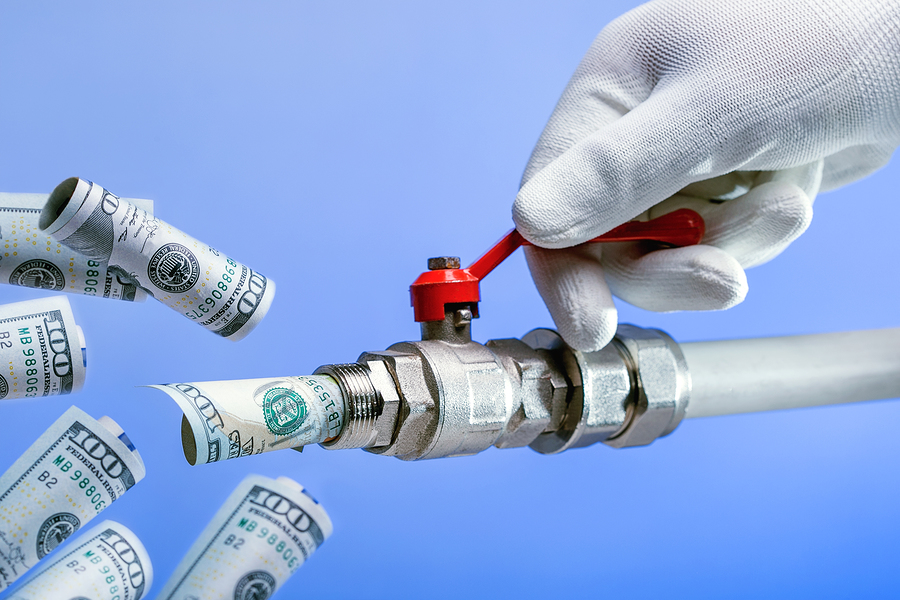 States hold reserves to pay unemployment insurance (UI) benefits. Reserves are regarded adequate if they are sufficient to pay benefits at rates previously paid during high-claims periods. In recent weeks, Michigan UI claims have reached nearly four times the previous historic high. If this crisis continues for more than a few months, Michigan will have to borrow to pay regular state UI benefits. Payment of Michigan UI benefits over the next several months will likely exceed the highest rate ever seen.

Two principles underlie the financing of state UI benefits—experience rating and forward funding. Experience rating means that employers with more layoffs pay higher UI tax rates. This responsiveness of tax rates to layoffs makes layoffs more expensive and, perhaps as a result, has been linked to fewer cycles of layoffs and rehiring.

Forward funding means states accumulate reserves from tax revenues during economic expansions. This allows benefits to be paid out at elevated rates in crisis periods without immediately having to raise employer tax rates, which could discourage hiring and thus delay recovery.

Together, these principles allow UI financing to work like a rainy-day fund. But how big does this fund need to be?

Until recently, the U.S. Department of Labor recommended UI reserves be sufficient to pay benefits for at least 18 months at the rate of a state’s worst-ever recession. In 2014, this standard was relaxed to 12 months at the average rate of the three highest-benefit periods in the past 20 years.

Michigan started this crisis—likely the most severe since Michigan started paying benefits in July 1938—with reserves satisfying the new adequacy standard, but not the old one.

Michigan Governor Gretchen Whitmer acted relatively early to implement social distancing measures to slow the spread of the novel coronavirus. She issued an executive order declaring a state of emergency on March 10, closed schools starting March 16, and suspended nonessential businesses activities soon thereafter. Her most recent stay-at-home order remains in effect until May 15.

When these restrictions were imposed, Michigan UI claims increased dramatically, surging in late March and early April before declining somewhat more recently. Nonetheless, as of April 18, there were approximately 900,000 UI recipients among Michigan’s 4.4 million payroll workers, and for the week ending April 11, Michigan led all states with the highest proportion of workers receiving benefits—21.8 percent.

Michigan’s high share of workers receiving benefits will severely stress its UI financing. The chart below shows Michigan’s estimated costs of these benefits, both by week (dashed blue line) and cumulatively (solid red line). I expect Michigan to pay out $9.2 billion in regular state UI benefits over the 12 months starting March 21. Michigan started 2020 with UI reserves of $4.6 billion, and UI tax contributions have averaged $1.2 billion annually over the past few years. With $5.8 billion to pay out $9.2 billion of benefits, I anticipate Michigan will need to borrow about $3.4 billion later this year to meet its obligations. (Of course, total borrowing could be significantly higher or somewhat lower, depending on the depth and duration of the labor market crisis.)

Experience rating of employer UI tax rates is based on the idea that employers have some control over layoffs. This is not the case during the current pandemic, in which many businesses are shuttered by government decree. Michigan’s governor thus suspended the effect of experience rating during her stay-at-home order. Instead, regular state UI payments are being charged to a pooled fund to be equally shared among all employers, as everyone in the state benefits from social distancing.

Treating these benefit charges as a pooled cost is a policy decision that all states could make. By preventing an increase in employer UI taxes, it avoids penalizing employers for events beyond their control, while allowing displaced workers needed income replacement.

Moreover, any further federal assistance to states should strengthen UI by shoring up UI reserve accounts to reduce borrowing needs. This occurred for Gulf Coast states after Hurricane Katrina, helping stabilize state budgets and speed economic recovery in the region. The need will be greater, as borrowing across all states could total about $145 billion. In the array of federal efforts during the pandemic, this is a relatively modest investment that would pay long-term dividends by stabilizing a system that is normally self-financing and is always essential.