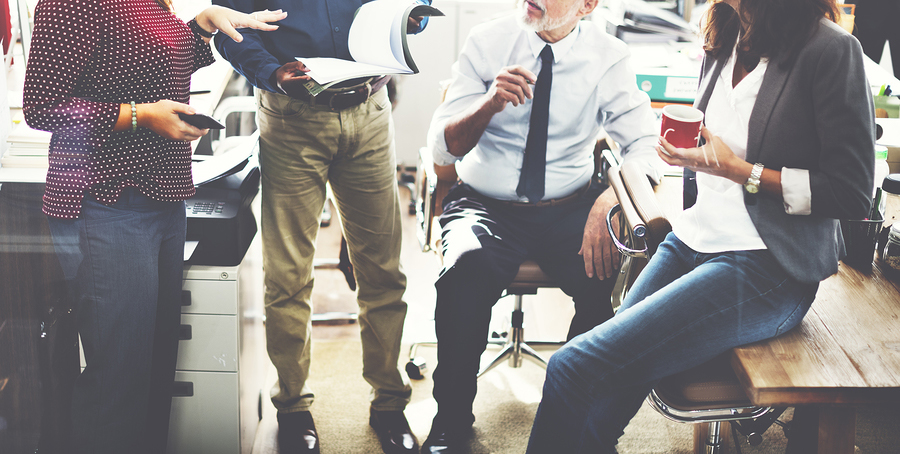 The major proposals to gradually reopen the economy require two things: vastly more testing (for the disease itself and for antibodies) and an expansion of contact tracing as additional infections inevitably occur. As I’ve argued elsewhere, more testing is absolutely paramount; states need to get the ball rolling on this.

But what about contact tracing, trying to figure out all the people with whom someone infected has interacted, to prevent the further spread of the virus? Other countries, particularly South Korea and Singapore, have used technology like cell phone tracking to automate this function, but concerns over privacy make that same level of surveillance unlikely in the United States. While Apple and Google have suggested that the use of Bluetooth in their mobile phones could allow tracing while preserving privacy, there are also concerns about the accuracy and feasibility of this method in detecting close contact. Technology can help, but the best evidence of effectiveness comes through having large numbers of workers doing the grunt work of asking people questions (not necessarily in person) about where they have been and with whom they’ve been in contact.

This groundwork approach is already being implemented in Massachusetts, which is training nearly 1,000 workers, already more than the 600 CDC workers that have fanned out across the country to assist, and certainly vastly more than a typical state or county health department has on hand. Scaling up the Massachusetts figures for the nation would imply a need for 50,000 to 60,000 tracers. However, Massachusetts’ density may not scale well to the more rural parts of the country, and other researchers have suggested that 100,000 contact tracers might be needed nationally.

Where could these 100,000 workers come from, when they are needed over the next several weeks and months? Fortunately, contact tracing work doesn’t require extensive training, and preparation takes only one to two weeks of instruction. Some have suggested that would-be contact tracers could be recruited from the ranks of the newly unemployed, who have surged by over 21 million in the past four weeks. This would seem to make sense at first glance—put people back to work in a public health capacity that can help further flatten the curve—but an understanding of the CARES Act provisions on unemployment insurance cast doubt.

Normally—before March of this year—fewer than one-third of the unemployed received unemployment insurance benefits, and those who did typically received only about one-third of their wages in benefits. With the CARES Act, however, that changed dramatically, as minimum benefits were increased for low-wage workers and an additional $600 per week of federal benefits was added for nearly everyone through July. Even self-employed workers—who previously were not eligible for unemployment benefits—got temporary access to this coverage. Consequently, unemployment insurance became a much more attractive option, with expanded benefits exceeding the average weekly wage in the majority of states. In some ways, this is a good policy that provides additional money to the lowest-wage workers and incentivizes people to stay home to slow the spread of the coronavirus. On the other hand, it makes drawing contact tracers away from the ranks of the unemployed a much more expensive proposition, as even low-wage workers on benefits could receive nearly $800 weekly.

However, even under the expanded eligibility not all unemployed workers are covered. One group left out are new entrants to the labor force who haven’t worked recently (or worked too little for eligibility). This group comprises the more than 700,000 soon-to-be high school graduates who plan to work without attending college, as well as the millions of students graduating from or leaving college. Because of government-ordered school closures, many of these students are currently at home. Because of skyrocketing unemployment, many are unlikely to be able to find a job in the next several months.

This group represents a ready pool of potential contact tracers. Most are proficient in the use of technology and used to online education already, and they could be trained relatively quickly through educational tools to which they likely have access through their schools. They would be relatively cheap, compared to more experienced workers or those receiving generous unemployment benefits, and they are concerned enough about the future to be sufficiently motivated to help in efforts to fight the pandemic’s spread.

The next Congressional bill to fight the effects of COVID-19 should set aside money to train and pay up to 100,000 contact tracers, drawn heavily from school leavers. Even with generous salary and benefits of $50,000 over 12 months, the cost would be a modest $5 billion, or about 0.2 percent of the price tag of the CARES Act, while creating needed jobs. Moreover, expanding the nation’s ability to track the spread of the coronavirus would accelerate reopening the economy and would likely pay for itself many times over by the end of 2021. This is the training we need right now.

Retraining Workers in the Post-COVID-19 Economy
Shared-Work Programs Can Ease the Coronavirus’s Economic Impact
Food Stamps and Unemployment Compensation in the COVID-19 Crisis
Coronavirus and the Economy: Repurposing Production, Helping the Needy, Saving …