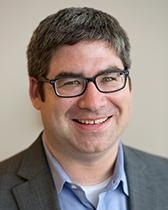 Brian Pittelko works with public data such as the American Community Survey and Quarterly Workforce Indicators. He has contributed to community indicator reports and has worked on various projects for the early childhood education community in Kalamazoo.

Mr. Pittelko has been with the Upjohn Institute since 2008 and is a graduate of the University of Minnesota with a major in British history and with minors in political science and Japanese. He received his Master of Public Administration degree from Western Michigan University in 2008, shortly after beginning as an intern at the Upjohn Institute. He previously worked at Growth and Justice, an organization that looks at economic issues in Minneapolis and St. Paul through the lens of balancing economic growth and social justice.