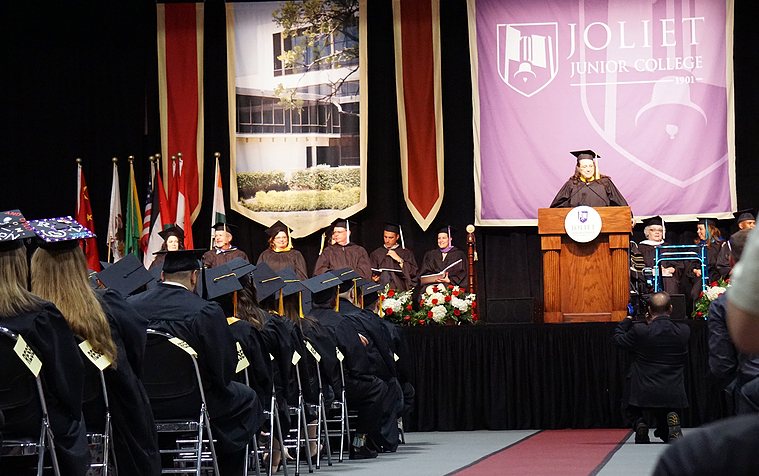 Why should states invest in free college for their residents? With returns to college degrees high and most new jobs requiring a post-secondary degree or credential, individual motivations for college-going are easy to discern. As more states create free-college pathways for their residents — and as more will be asked to do so if the Biden administration’s tuition-free college plan becomes law — policymakers should recognize that free college also generates substantial economic and fiscal returns for the state.

What might the returns from statewide tuition-free college look like? We explored this question with cooperation from the Illinois governor’s office and support from the Joyce Foundation.

Economic returns to free college come in the form of higher earnings for workers with degrees and spillover benefits for other residents. Fiscal returns occur when projected tax revenues exceed the cost of a free-college program. Of course, there are many other benefits to increasing educational attainment. Employers have access to a better-trained workforce, which spurs innovation and productivity. Higher educational attainment can also reduce crime and substance abuse, help create more stable families, and lead to better outcomes for the children of college graduates. These impacts, however, are hard to quantify, so we focus here on the direct earnings effects for graduates and spillover effects for other residents.

For this project, we modeled two versions of tuition-free college: one model covers the community college sector only and the other includes both two-year and four-year public institutions. Both adopt a last-dollar structure in which a student’s Pell grants are used first, with the state grant closing any remaining gap in tuition and fees1 .

A free-tuition program in Illinois would generate economic and fiscal benefits that far exceed its costs, although the fiscal benefits would not be realized immediately. The less expensive program covering only two-year college yields positive returns more quickly, but the returns are not as high as they are for the more expansive (and expensive) program.

Free college leads to more college graduates. Depending on its structure, tuition-free college will lead more Illinois residents to complete either a two-year program, earning an associate degree, or a four-year program, earning a bachelor’s degree. Some of these additional graduates will remain in the state.  (Our analysis focused only on the higher earnings of graduates who remain in the state. Graduates leaving the state are also better off because of the program, but we are assessing the impact of such a program on the state and thus do not account for benefits to out-migrants.)

People with college degrees or credentials will earn more. Higher degree completion will significantly increase graduates’ lifetime earnings. This earnings increase is due to these graduates’ higher skills. In our analysis, we focus on the earnings effects for Illinois residents ages 25 to 79 who remain in state for their entire careers. We find that a two-year degree yields earnings gains per individual of between $154K and $182K over their lifetime, while a four-year degree yields an earnings gain of between $671K and $793K. Based on the research literature, we estimate spillover effects on other Illinois residents at 86 percent of the direct effect.

We conclude that the combined two-year and four-year program, run for just the years from 2021 through 2030, would increase Illinois’s residents per capita earnings on aggregate by $44.7 billion (in 2021 dollars). This is mostly due to more Illinois residents earning bachelor’s degrees. The earnings gain from the added bachelor’s degrees is $39.7 billion, versus $5.0 billion from the added associates degrees. The greater effect from the bachelor’s degrees is due to the much greater annual earnings effects of such degrees. The two-year only tuition subsidy program also has considerable earnings per capita benefits. Such a program run from 2021 through 2030 would increase the present value of Illinois residents’ per capita earnings by $8.1 billion.

State residents without college degrees will earn more, too. When a larger share of a state’s residents has a college degree, non-degree holders also benefit. Higher wages for educated workers push wages up more generally. A state with more skilled workers will be better able to attract and grow jobs and businesses, which will increase the wages of all the state’s workers. Finally, a state with more skilled workers may develop better amenities, public services, social services, and community well-being, all of which may enhance child development and enhance the long-run earnings of the next generation.

Our modeling shows that the earnings gains for other Illinois residents – those who do not get the higher educational attainment due to the tuition subsidy program – are much greater than program costs. For the combined two-year/four-year program, spillover benefits for other workers are over $20 billion, which is far greater than program costs of somewhat less than $4 billion. Similarly, for the tuition subsidies limited to two-year programs, the spillover benefits for other workers are about $4 billion, which far exceeds program costs of a little over $400 million. In response to the question, “Why should Illinois residents pay tuition subsidies that directly benefit other Illinois residents?” one answer is that such subsidies will increase overall earnings of many Illinois workers, not just those who get the tuition support.

The following figures show a simulation of annual costs and fiscal benefits for a free-college program that continues indefinitely.

As Figure 1 shows, the program starts out with large annual costs, rapidly increasing to around $500 million per year in 2021 dollars. Annual fiscal benefits are far less, because our earnings measures do not start counting earnings effects until graduates reach the ages of 25, and even after that it takes many years before graduates reach their peak earnings years in their forties and early fifties. As a result, from a total state and local revenue standpoint, annual added revenue collected does not exceed annual tuition subsidy program costs until the year 2044, where the state and local revenue line crosses the cost line. From a state revenue only line, annual revenue exceeds costs in the year 2055, where the state revenue line crosses the cost line. However, in either case, on an annual basis, this combined program does eventually generate sufficient revenue that annual revenue for just the state exceeds program costs.

Annual fiscal benefits and costs of a community college-only program from 2021 through 2099 are shown in Figure 2. The fiscal results of this more limited program differ from the more comprehensive program in two ways.  First, the annual costs and benefits are much lower, so the short-run net fiscal costs are less, as are the long-run net fiscal benefits.  Second, the “crossover” year is five years earlier. For this cheaper program, state and local fiscal benefits exceed costs as of 2039, whereas the combined 2-year 4-year program doesn’t have such benefits exceeding costs until 2044. For state revenue only, this cheaper program has fiscal benefits exceeding costs by 2050, compared to 2055 for the more expensive combined program.

Overall, in considering these two programs’ economic and fiscal benefits versus costs, two things stand out. First, for either tuition subsidy program, the true cost-benefit picture does not emerge until at least 50 years have passed and an entire generation has gained educational degrees and completed their working careers. Educational investments are long-term investments and cannot be evaluated properly without considering very long-run effects. Second, the cheaper, two-year-only program has somewhat higher ratios of benefits to costs, but the combined program has a much higher level of net benefits.

In sum, an investment by the state in either a two-year only, or a two-year and four-year combined tuition subsidy program will yield benefits far beyond the costs of either program, although not immediately. These benefits result from enhanced earnings by degree recipients and large spillover effects for non-degree recipients. A sufficient share of this increased income will be paid to Illinois state and local governments that eventually annual fiscal benefits will exceed these tuition subsidy programs’ costs.

There are political challenges to investing state resources in a program that does not yield fiscal returns until decades later; however, the economic benefits of free college to a state’s workers and employers arrive almost immediately. This is the grounds on which many states have – and more states should – launch their free-college effort.

More information on how these findings were generated can be found in our cost estimate and economic benefits reports to the state.