Unemployment Claims by Occupation: What We Can Learn from Minnesota 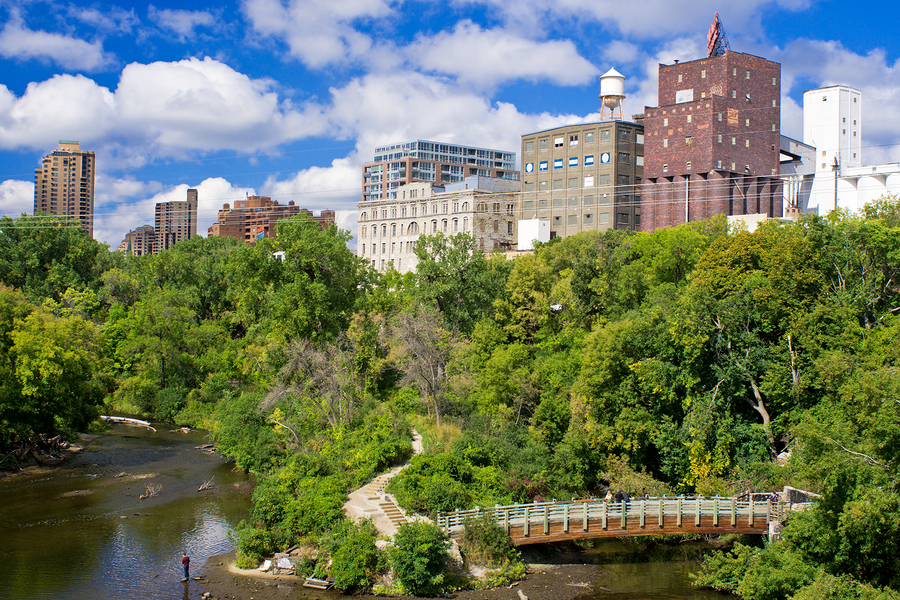 By Michael Horrigan and Brad Hershbein

Although they have slowed very slightly over the past two weeks, the number of initial claims for unemployment insurance over each of the past four weeks has been several multiples of the weekly record prior to this year. In total, they exceed 22 million—nearly 1 in 7 workers in the United States, and they could grow by another several million with the report scheduled for this Thursday (April 23).

Several analysts have noted that unemployment, at least in the early stages, is likely to hit some industries—and thus places—harder than others, with potentially long-lasting effects. Indeed, recent analysis from the Upjohn Institute has examined how unemployment insurance claims have varied by industry in our own state of Michigan, and this sheds some light on the types of businesses most affected to date. However, it tells us somewhat less about which workers have been hit hardest. Manufacturing, for example, includes both production workers and engineers; even food services includes both low-paid servers and higher-paid operations managers. The type of work someone does—one’s occupation—can provide more insight into who is most likely to have lost their job.

Relatively few states, however, report unemployment claims by industry and even fewer report by occupation. One exception is Minnesota, which since the surge in claims beginning in mid-March has put out weekly claims for approximately 90 occupational groups.[i] While one could express the claims for each occupational group as the share of the total, it can be more illustrative when comparing occupations to express claims as a share of employment in the occupation—this implicitly scales by employment size and provides a proxy for an “unemployment rate” of each occupation.[ii] We take occupational employment for Minnesota from the Occupational Employment Statistics program of the Bureau of Labor Statistics. (These data are meant to reflect payroll employment counts, excluding the self-employed, as of May 2019. While the lag in timing isn’t ideal, they’re the most recent high-quality occupational employment measures available.) Because the claims are weekly, we can see to what extent the most affected occupations change over time.

Table 1 shows the ten occupation groups with the highest “unemployment rates” for the week ending March 21.[iii] (Complete data for all occupational groups are in the Excel file linked here and in the right sidebar.)

Topping the list in the first week of the surge in claims were personal appearance workers—barbers, hair stylists, makeup artists, and manicurists—in which initial claims accounted for a staggering 63 percent of employment. Also high on the list were workers in food preparation and serving, which together accounted for 40 percent of claims for the week. These occupations are all relatively low-paying, averaging less than $15 per hour.

Yet also on the list are the perhaps surprising categories of some health care technicians and support occupations, including athletic trainers and dental and medical assistants—these latter occupations are heavily concentrated in doctors’ offices. Together with communications equipment workers—photographers, camera operators, and the like—certain sales workers (such as real estate agents) and logging workers, these make up middle-income jobs paying over $20 per hour. Thus, while many low-income workers were badly affected in the first week of burgeoning claims, so too were many jobs toward the middle of the wage scale. Each of these occupation groups had more than 10 percent of their employment in claims in just a single week. For comparison, the total claims across all occupations accounted for 3.7 percent of employment. The occupations with the lowest “unemployment rates” were generally highly paid professionals like scientists and lawyers, along with essential workers like police and firefighters.

Over the next four weeks, the volume of claims each week fell slightly—across all occupations, total claims fell to 2.3 percent of employment—but the occupation groups with the highest “unemployment rates” were quite similar for the week ending April 18. Seven of the initial top ten occupations groups remain on the list, and the three new entrants also initially had high “rates.” Moreover, with the exception of some agricultural jobs (which are very small), they’re also in closely related jobs: non-emergency health care (occupational and physical therapy assistants) and entertainers.

While these occupation groups do have in common their general nature for in-person work that can’t easily be done remotely, they are not, as others have speculated, exclusively in the low-paying service sector. Another way to show the prevalence of “unemployment rates” across occupations is to group the occupations into five bins by their typical hourly wage, with each bin representing about one-fifth of Minnesota’s wage and salary workers. The average hourly wages across the five bins are $13.24, $16.68, $21.05, $28.06, and $44.14. The chart below shows the cumulative number of claims across the five weeks from March 21 through April 18 as a share of employment for the occupations in each wage bin. As expected, the rate is highest in the lowest bin, with an implied “unemployment rate” of about 24 percent. However, the next highest rate of 18 percent is in the middle, with the rate for the second wage bin (13 percent) actually lower than that for the fourth wage bin (14 percent).

Many of the occupations in the second bin are in “essential” jobs like protective service, freight handlers, and assembly workers. Many in the fourth bin are in entertainment, art, design, and skilled trades, requiring close contact with other people in non-essential settings or reflecting falling demand for more expensive services. Even a number of managerial occupations (in the highest wage bin) have experienced “rates” near 20 percent or above. Thus, the impacts of shutdowns caused by the coronavirus are not just affecting the most economically fragile workers but extending to jobs throughout the wage distribution.

[i] Specifically, claims are reported for the 3-digit Standard Occupational Classification System and include wage and salary workers, but not the self-employed.

[iii] Governor Tim Walz’s “stay at home” order began on March 28, although schools were closed beginning March 18, and restaurants, bars, and other entertainment venues were closed on the evening of March 17.