Pandemic-Related Job Disruptions by Gender, Race, and Hispanic Ethnicity in May 2020 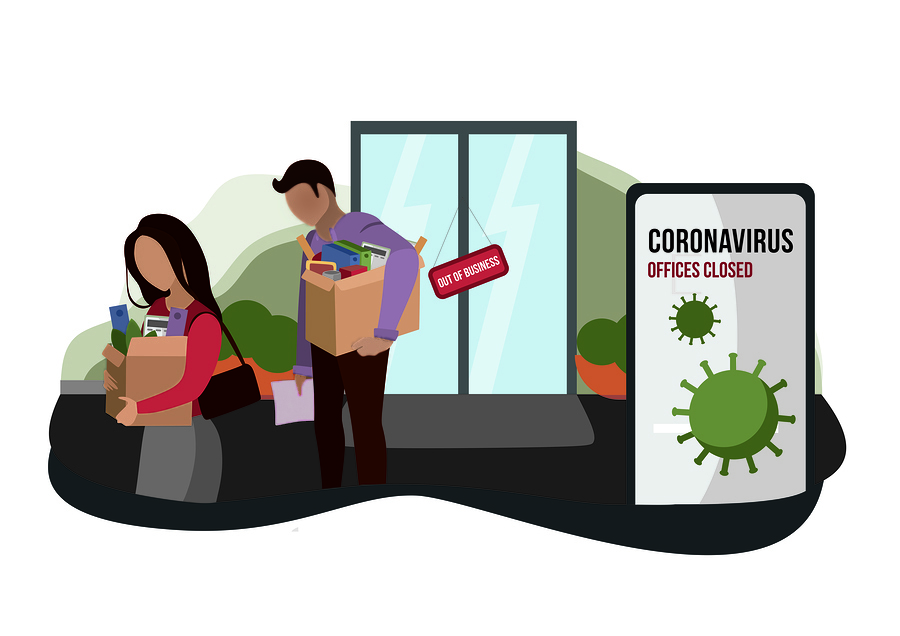 The COVID-19 pandemic has put many U.S. workers out of their jobs, whether partially or fully, temporarily or permanently. These effects are unequally distributed. This post looks at how job disruptions caused by COVID-19 have affected key groups, using data from the May 2020 jobs report (that is, the Bureau of Labor Statistics’ Employment Situation news release).

I find that male and white workers have fared better than female, African American, Asian and Hispanic workers. By “faring better,” I mean both that fewer of their jobs have been disrupted and that more of their disrupted jobs retain a tie to an employer. Compared to a permanent layoff, a disruption that doesn’t cut the tie between worker and employer has the potential to be reversed much more easily.

Background. In April, I published a post about the monthly jobs reports and some indicators that measure job disruptions from COVID-19. By “job disruptions,” I mean any of the ways in which a worker’s labor market status might have been affected by the pandemic since February, including temporary layoffs, permanent layoffs, labor force exits, and shortened hours.

Six distinct ways the crisis has disrupted (suspended or curtailed) U.S. jobs. As I wrote earlier, job disruptions can take many forms, and it is useful to define six such categories:

For each category, I estimate the net number disrupted by the change in the number of people since February.

To get the overall share of workers’ jobs disrupted, I divide the sum of the job disruption types by the size of the labor force in February. So, the share would be close to zero if few workers moved into these categories. And, it would be close to 100 percent if all workers had entered one of these categories since February. The first three types of disruptions maintain workers’ relationships with an employer; the latter three do not. See here for why having a tie to your employer matters.

Share of workers with jobs disrupted in April and May.  The following charts show the percentage of U.S. workers (as a share of the February labor force) affected in April and May by any of the six types of disruptions described above:

In April, 23 percent of all workers showed job disruptions, and this improved slightly to 19 percent in May. However, women were more likely to experience a job disruption than men, by a margin of 5 percentage points in both months.  Additionally, white workers’ jobs  have been less disrupted than those of African Americans, Asians, or Hispanics. Jobs of Hispanic workers were particularly severely affected in April. Asian and African American workers experienced the least improvement in May.

Type of disruptions in May. The chart below shows each group’s job disruptions by type. Disruptions that preserve the worker-employer relationship are shown in shades of blue; the other segments represent workers who will need new jobs to be reemployed.

Overall, 78 percent of disrupted workers still retain a tie to their employers. Forty-five percent are on temporary layoffs (furloughs), and another 14 percent are officially employed but not at work, although some of these are probably also on temporary layoff. Another 19 percent are working reduced hours. Very few (1 percent) are unemployed with no connection to an employer. So, we can infer that many people who lost jobs permanently stayed on the sidelines in May and did not look for work. This group can be broken down into two segments: 1) the 14 percent who want work, and 2) the 7 percent who say they do not currently want a job. Note that people who said they did not want a job in mid-May may still plan to rejoin the labor force soon, just not at the time of the survey.

Notably, the types of disruptions are generally similar across groups. The small differences we do see suggest that, again, white workers and males have fared better than the other groups. In particular, more men with disrupted jobs retained ties to employers (80 percent) than did women (75 percent). This difference is driven by men being more likely to have their hours reduced (22 percent, compared to 16 percent for women), while women were more likely to report not wanting a job in May, possibly in order to care for children or other family members. African American, Asian, and Hispanic workers were less likely to retain a tie to an employer than white workers.

Erica Groshen is an Upjohn Institute research fellow. She served as Commissioner of Labor Statistics, from 2013 to 2017. As commissioner, Groshen headed the Bureau of Labor Statistics, the independent, principal fact-finding federal government agency for statistics on labor markets conditions, inflation, and productivity.

Will the True Unemployment Rate Please Stand Up? Misclassification in the May 2…
What’s the best indicator of COVID-19’s impact on jobs? (Cornell)
Upjohn staff proposals and responses for understanding the Pandemic Recession