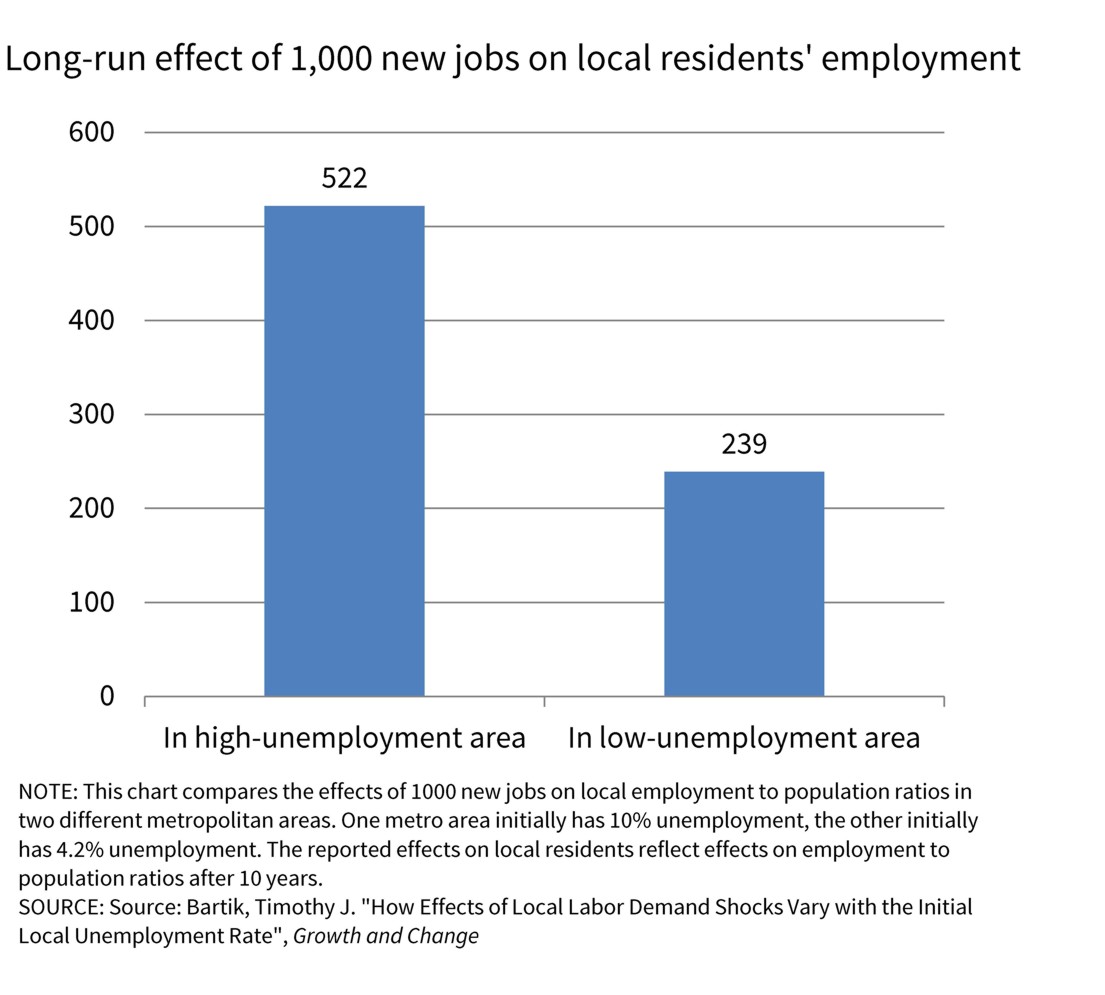 What are the real effects on employment from government incentives intended to boost job growth? New research from Upjohn’s Tim Bartik shows it depends on the starting point: the local unemployment rate.

column chartBy estimating job growth’s effects on local employment-to-population ratios, we can ballpark the number of jobs going to locals versus in-migrants. Consider two local metropolitan areas, one that starts out with 10 percent unemployment, the other with 4 percent unemployment. Employment-to-population ratios indicate that in the high-unemployment area, 1000 new jobs will eventually lead to about 500 new jobs for local residents, with the other 500 going to in-migrants. In contrast, in the low- unemployment area, 1000 new jobs will only increase local residents’ employment by 200 jobs over the long run.