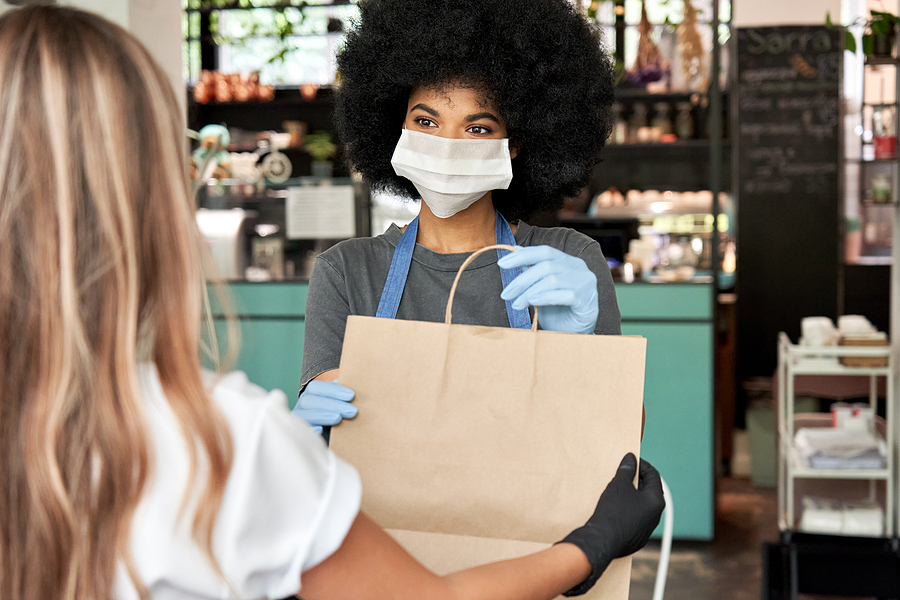 The CARES Act reversed a potentially dramatic increase in inequality as primarily low-wage workers lost jobs during the COVID-19 recession, a new paper from the Upjohn Institute finds. This expansion of unemployment benefits in turn boosted the slumping economy, as unemployed workers spent benefit checks.

The average adult’s earnings loss of $95 per week came entirely from the drop in total jobs, borne disproportionately by lower-wage workers. The bottom 20 percent of earners were more than twice as likely to lose their jobs as the top 20 percent, according to the paper, threatening to widen an already yawning earnings gap.

The CARES—Coronavirus Aid, Relief and Economic Security—Act, enacted March 27, narrowed the gap by increasing earnings at the bottom. The act made unemployment insurance available to more people, including self-employed and gig workers and people who hadn’t worked long enough at their previous employer to qualify for traditional unemployment benefits. It also extended the length of time people can collect unemployment benefits.

Crucially, it also included the Pandemic Unemployment Compensation program, which paid weekly $600 checks to each unemployment insurance recipient until the program ended in July. The median laid-off worker had previously earned $519 per week. All told, the pandemic benefits gave the lowest quarter of earners a weekly pay boost of 20 percent or more.

The CARES Act quickly faced scrutiny for providing benefits greater than some workers’ former wages, with some arguing that this would keep unemployed workers from seeking new jobs. Cortes and Forsythe review the literature on this topic, finding little evidence the benefits provide a disincentive to work.

Other research shows 30 percent of stimulus payments were spent within the month, with the lowest-income households most likely to increase their spending after receiving a check. Cortes and Forsythe conclude that these payments probably spurred a vital increase in consumer demand at a time when businesses were flagging.

The CARES Act “was extremely successful in raising average earnings at the bottom of the distribution,” the paper states, “completely reversing the regressivity of the labor earnings losses induced by the pandemic by increasing average earnings by over 50 percent for the bottom 10 percent of workers, while also inducing small positive increases throughout the rest of the distribution.” Nearly half—49 percent—of pandemic benefits went to the lowest third of pre-pandemic earners.

While more benefits flowed to the lower end of the distribution, the CARES Act left out many low-wage workers. Cortes and Forsythe found 30 percent of people who lost jobs during the pandemic were ineligible for benefits, and these workers are much more likely to be low-earning.

The paper is titled “Impacts of the Covid-19 Pandemic and the CARES Act on Earnings and Inequality.” Matias Cortes is an associate professor at the  York University and a research fellow at IZA Institute of Labor Economics. Eliza Forsythe is an assistant professor at University of Illinois at Urbana-Champaign.