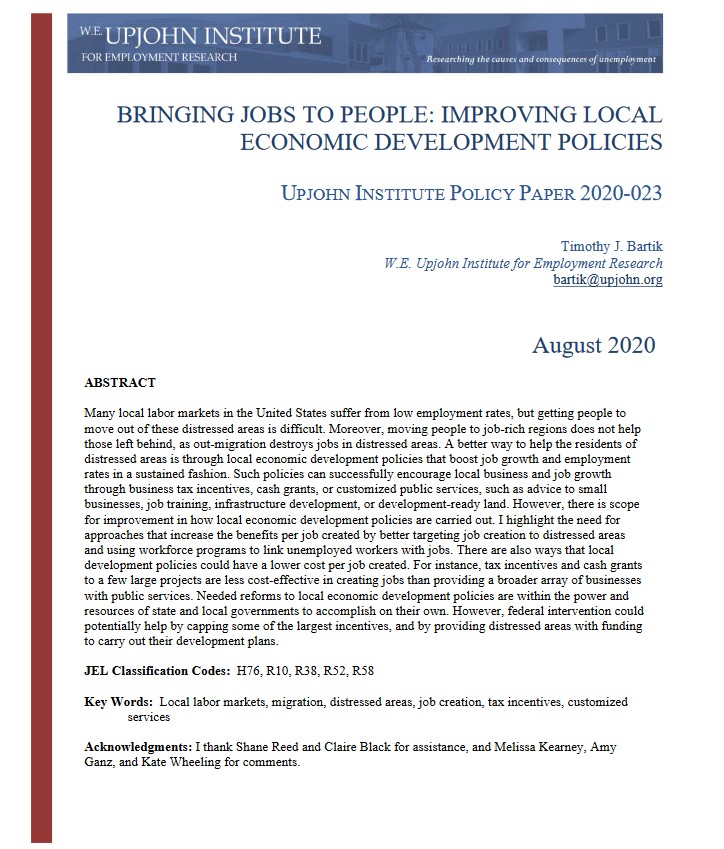 Aid to state and local governments is a key sticking point in ongoing Congressional negotiations over a new pandemic economic relief deal. Those governments are best positioned to boost jobs in economically distressed areas, according to a new policy paper from Upjohn Institute Senior Economist Timothy Bartik, but the Pandemic Recession has hit state and local budgets hard.

Certain areas of the country have long struggled with persistently low employment rates. While some policymakers have argued that the solution to joblessness is moving people from distressed areas to job-rich areas, Bartik argues that locally focused policies can revive the distressed areas, as evidenced by the paper title, “Bringing Jobs To People: Improving Local Economic Development Policies.”

If federal aid does provide a lifeline to state and local governments, Bartik’s research offers a roadmap for those governments to best boost economic development in the hardest-hit areas.

The paper was first published as a memo for the Economic Strategy Group of the Aspen Institute.