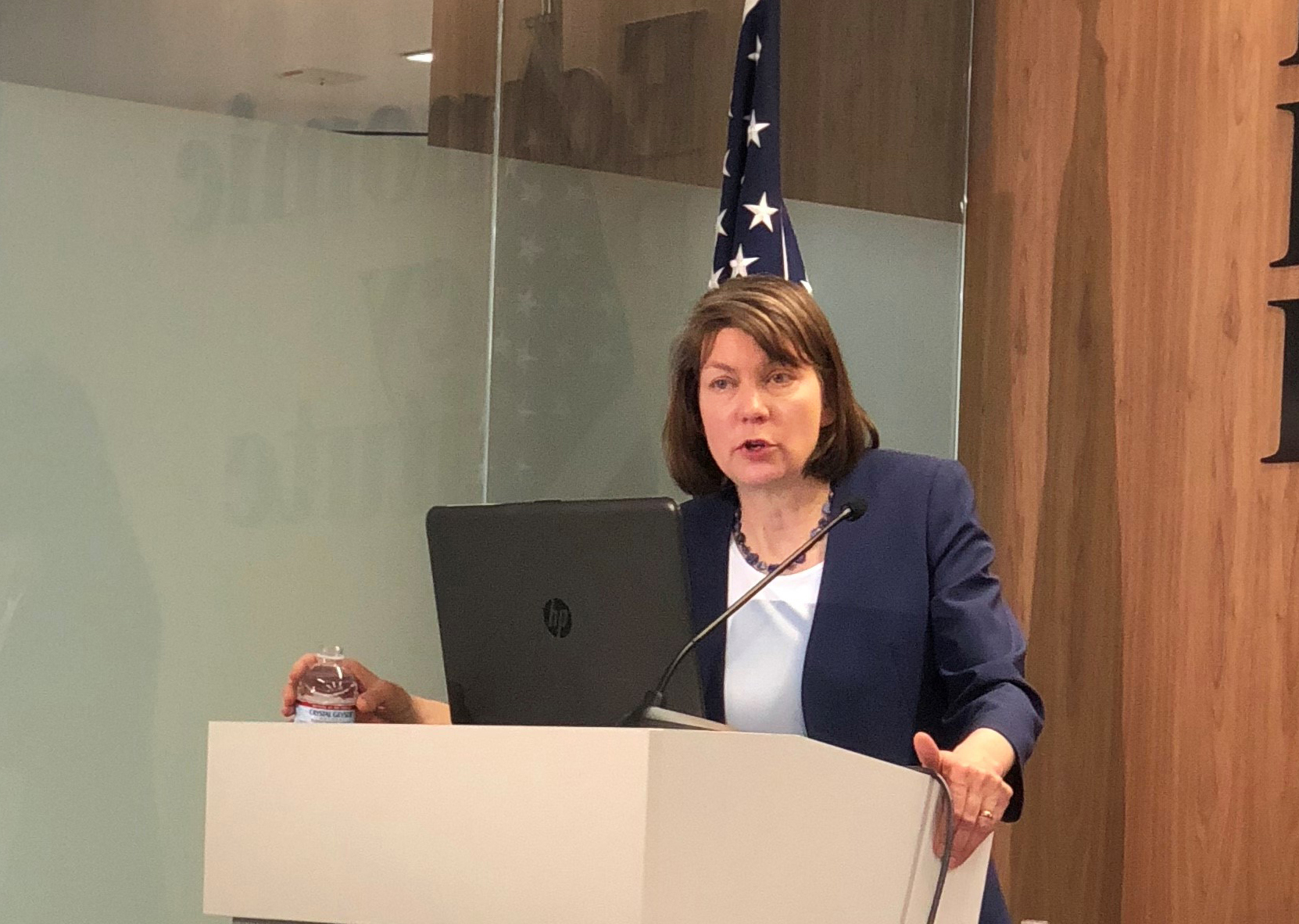 Arguments over the effects of automation on jobs put Upjohn Institute research at center stage during the Oct. 15 Democratic debate and the sharply worded media critiques that followed.

Andrew Yang raised the specter of job loss due to automation, a cornerstone issue in his campaign. Sen. Elizabeth Warren, who includes research from the Upjohn Institute’s Susan Houseman research in her “Defend and Create American Jobs” plan, disputed the role of automation on manufacturing jobs.

Following the approach of Houseman’s paper, “Understanding the Decline of U.S. Manufacturing Employment,” Warren focused attention on another culprit: trade. “So the data show that we have had a lot of problems with losing jobs,” Warren said, “but the principal reason has been bad trade policy.”

Yang took issue with Warren's assertion, as did an Associated Press fact check; other media outlets criticized Yang’s view and AP’s take on it.

Jordan Weissmann at Slate, in a piece titled “Andrew Yang Is Full of It,” discredits the conclusion that economists mostly blame manufacturing job losses on automation. “No such consensus exists,” Weissmann wrote, extensively citing Houseman’s research. “[I]f anything, the evidence heavily suggests that trade has been the bigger culprit in recent decades.”

Vox’s Matthew Yglesias also played down the fears of automation in a column titled “Democrats debate about automation missed the mark,” calling attention to the unusually slow growth in productivity. Another Vox piece, from Alexia Fernández Campbell, put it plainly, with “No one has a damn clue how many jobs will be lost to automation.” She draws on Houseman’s paper to argue that the effect of automation on manufacturing jobs is overblown.

Finally the New York Times’ Paul Krugman, in a column subtitled “The automation obsession is an escapist fantasy,” wrote that the AP was wrong in declaring automation the primary culprit in manufacturing job loss. “[R]easonable estimates say that trade was responsible for a large share of manufacturing job loss in the decade before the Great Recession,” Krugman wrote.