Understanding the Decline in Manufacturing Employment 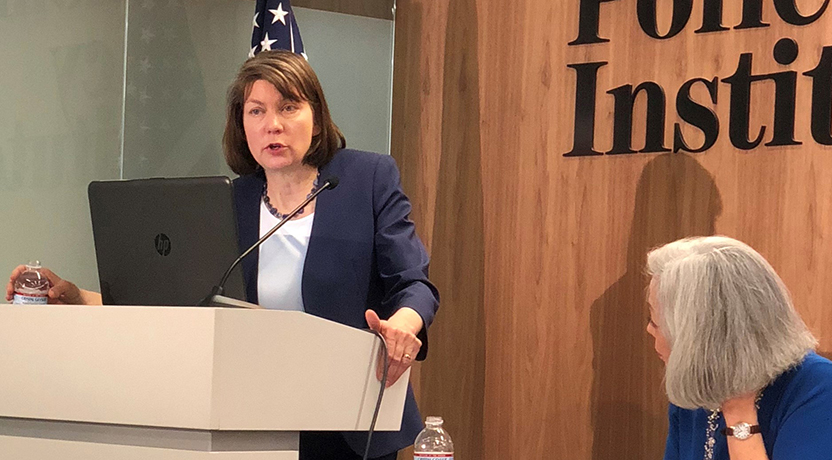 The U.S. manufacturing sector started shedding jobs in huge numbers in the early 2000s, coincident with a sharp appreciation of the dollar and a yawning trade deficit. Yet, statistics seem to show the sector’s output keeping up with the rest of the growing economy. Many economists saw this as a sign that high productivity growth allowed manufacturing output to expand even as the workforce dwindled. This view points to automation, not globalization, as the main cause of manufacturing’s sharp job losses.

The Upjohn Institute’s Susan Houseman challenges this view. In her research, Houseman finds that output growth was far lower and productivity growth was about the same or only somewhat higher in most of manufacturing than in the private sector overall. So, productivity couldn't explain the massive job losses.

Houseman presented this research for the Economic Policy Institute January 12, 2018, in Washington, D.C. The C-SPAN video is available for viewing.

How did so many people erroneously point to automation as the culprit? It was, Houseman said, "a widespread misinterpretation of basic manufacturing data." True, manufacturing real (inflation-adjusted) output and productivity seemed to be growing strongly. However, a closer look revealed that the apparent strong growth was driven by a single industry within manufacturing: computer and electronics products.

Despite making up less than 15 percent of manufacturing, the computer industry's incredible growth pulled up the entire sector's productivity numbers, papering over widespread weaknesses. "This one industry ends up dominating the manufacturing statistics and gives a misleading impression about what’s going on in the sector," Houseman said.

The continual updates to computers and semiconductors coupled with statistical adjustments to capture their improved speed and power—not automation—spiked that single industry’s productivity. "The aggregate manufacturing numbers are just picking up, basically, product improvements," Houseman said. "They have very little to do with automation per se."

Take out computers and the trends become clearer: real gross domestic product growth in manufacturing has been only 12 percent of the private sector average since 2000. Even in the apparently robust computer industry the picture isn’t so rosy: A 2016 paper from Houseman and Tim Bartik of the Upjohn Institute, and Tim Sturgeon of the Massachusetts Institute of Technology, shows that domestic manufacturing of computer and electronic products has been losing competitiveness as production shifts to Asia.

Trade issues, in fact, have left a big dent in manufacturing employment, Houseman said, citing recent research. Exchange rates, tariffs and other trade issues have made domestic manufacturing less competitive, while policy changes have made it easier and cheaper to import products, especially from China. People have been buying more manufactured products, Houseman said, but these products are increasingly made overseas.

While research shows that domestic industries competing directly with Chinese imports saw large job losses, Houseman said, those in which tasks could be easily automated saw changes in the type of jobs but not their number. Other research found that industrial robots have the potential to displace many workers, Houseman said—but because there currently are few robots in factories, they can explain only a tiny share of the job losses to date.

Expanding on Houseman’s comments on the role of trade, Bivens addressed the importance of managing the exchange rate to minimize damage to the economy. “There needs to be real credibility that the U.S. is now committed to never again allowing the dollar to just annihilate the U.S. manufacturing sector,” Bivens said. He also echoed Houseman’s call to expand vocational education.

“There’s certainly a lot of very good vocational training programs that can make a big difference for the skills of workers in manufacturing,” Houseman said. “There’s a big demand for that.”

Houseman concluded her remarks with a reminder of why manufacturing still matters, despite making up less than 10 percent of the economy. Manufacturing has large spillover effects on economies, she said, with a skilled manufacturing job on average generating more than two additional jobs in local services.

In addition, big layoffs and other manufacturing disruptions can have huge long-term effects, Houseman said. Workers' earning losses persist for decades and the communities around them may crumble. "Large adverse shocks can send regional economies into a downward spiral and depress regions for decades," she said.