Why businesses should care about childcare 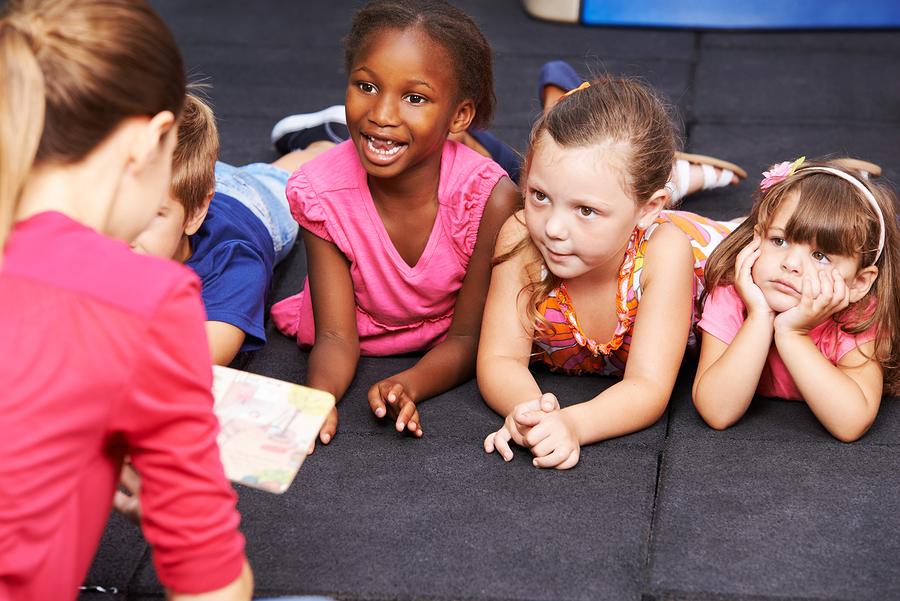 A version of this article was originally delivered as the keynote address at a summit for CEOs on childcare. The event was hosted by Pulse at the Upjohn Institute, KC Ready 4s, and United Way of the Battle Creek and Kalamazoo Region. Original remarks and presentation slides can be found here.

The childcare and preschool sector is in acute crisis today. The pandemic recession caused a unique collapse in employment in the childcare sector. Centers struggled to staff up and operate at full scale in a reliable manner, causing major problems for not only U.S. workers but also the overall labor supply. Childcare employment as of February 2022 was still more than 10 percent below its prior peak, and probably at least 15 percent below where we would expect it to be based on prior trends.

The problems in the childcare sector have caused significant barriers for many workers and thus their employers. For example, in the latest census data from early February, among households in Michigan who had children under age five, 23 percent reported that in the prior four weeks, they had a child unable to attend childcare for some reason. Workers took unpaid or paid leave, cut their work hours, either left or lost their job, or decided they couldn’t look for a job. This significantly restricts the availability of labor supply to the Michigan economy and causes major problems for employers looking for workers who can reliably show up at work.

But this current crisis shouldn’t cause us to overlook the long-run crisis, which is that U.S. childcare and preschool is too high cost yet pays its workers too little to be able to consistently maintain high quality.

As this chart shows, childcare for children under age five in Michigan is very expensive, with full-time full-year care costing in the neighborhood of $10,000 per year, varying with age and setting. Yet at the same time, the education sector pays too little to be able to get and keep high-quality workers. Childcare workers are paid roughly $12 per hour and preschool staff only about $15 per hour—numbers similar to what we pay animal trainers and animal caretakers.

High costs and low pay
The reason for high costs despite low pay is that in order to maintain even minimally acceptable levels of quality in early childhood programs, we need to have very low class sizes per teacher. In addition, the sector is very labor intensive, with over 60 percent of its costs being labor costs. So, if we want to increase wages of childcare workers or preschool teachers by 10 percent, we need to increase the price charged for childcare or preschool by at least 6 percent.

The high and growing costs for childcare and preschool in the U.S. are causing us significant international competition problems. The U.S. showed a strong rise in women’s labor force participation from the 1960s until the late 1990s, but since then that participation has stagnated. In recent years, other countries have either gained relative to the U.S. or forged ahead. In many cases, that is because the country has more extensive supports for subsidizing affordable high-quality childcare and preschool. In Norway, for example, the nation subsidizes childcare and preschool centers starting at age one for all families, with larger subsidies for lower-income Norwegian families.

We can solve this labor supply problem if we have sufficient will to provide the needed funds while insisting on high-quality childcare and preschool. Consider the example of the District of Columbia, which from 2009 to 2011 expanded preschool so that it was universal for all three- and four-year-olds. This means that it was free for 6.5 hours per day and 180 days per year, with fees for after-care of more than 6.5 hours, and for summer months.

Or consider the case of the Abecedarian program in North Carolina. This was a full-time universal childcare and preschool program, begun in 1972, that was done as a randomized control trial that has followed both the parents and their children ever since.

What do the results of this experiment show? A program that cost about $12,000 per year per child yielded benefits for enrolled families that are at least four times as great as unenrolled families experienced. Parents with children in the program got increased earnings, and even after paying extra taxes and receiving fewer income transfers, their net income went up by a lot. Children gained even more. And the government gained fiscal benefits in higher taxes and reduced income transfers, offsetting 78 percent of the program’s gross costs.

This analysis is narrow and overlooks other benefits that increase the benefit-cost ratio beyond 4 to 1, so that the program might be self-financing. The analysis overlooks:

By the time their child was age 21, the treatment group of mothers in Abecedarian was 50 percent more likely than the control group to have obtained some post–high school education, increasing from a little over one-third to a little over one-half. By the time their children were 15, the percentage of working moms increased by 19 percent, from 72 percent in the control group to 86 percent in the treatment group.

Why do we get these large earnings effects of early education for former child participants, despite fading test score effects? Much of the effect of early childhood programs depends on getting the child off to a good start not only in academics but in terms of their relationships with their peers and with their teachers—that is, high-quality early childhood programs develop not only “hard skills” but also “soft skills.” The child who enters kindergarten with better hard and soft skills is more likely to feel successful there and will learn more in kindergarten. This success feeds on itself. As Nobel Prize–winning economist James Heckman said, “Success begets success.”

What we should do about childcare
So, what should we do about childcare? The research shows there is a strong case for a program that provides greater support for making sure that high-quality and affordable childcare and preschool are available for all. And, in my opinion, this solution involves not only government and families but also the business community sharing the cost.

For business, we can easily make the case that paying a portion of the costs may be the best way to maximize long-run profits. Businesses save costs from high-quality childcare and preschool in four ways.

So, if total compensation was $60,000 for a job, and you knew for certain that providing childcare for that employee would prevent them from leaving the job, an employer would save $12,000 in costs. That would in fact rationalize paying for 100 percent of full-year childcare costs. Of course, in the real world, you don’t move turnover costs from a certainty of turnover to zero probability, but clearly turnover costs alone justify a substantial investment in childcare and preschool.

Second, there are the costs of employee absenteeism. Unreliable childcare forces workers to miss hours or days, and this is costly to employers—exactly how costly obviously depends on the nature of the production process at the firm, but it easily could be at least as much as the wages per hour of the employee times the lost hours, and maybe more.

Third, there are the productivity benefits that occur if workers are less worried about the quality and reliability of their child’s childcare and preschool arrangements.

Fourth, helping provide, subsidize, or facilitate better and more reliable childcare and preschool can be a fringe benefit that is very attractive to potential employees. By increasing applicants per job, the effective labor supply to the firm, a business is able to increase the productivity of who it hires without increasing its wages.

Now, I should add that I also think that the rest of society, not just the business community, should share some of the costs of high-quality childcare and preschool. Parents benefit, and if they can reasonably afford to pay some share of the costs, there is nothing wrong with charging reasonable fees. Government reaps fiscal benefits—higher tax revenues and lower transfer costs—from greater availability of high-quality childcare and preschool, and so government at all levels—federal, state, and local—should pay some of the costs. Society as a whole benefits from childcare and preschool leading to lower crime and a more competitive local and national economy, and so the general taxpayer should be willing to pay some costs even beyond the fiscal benefits.

The role of business
But the business role is crucial. Both individual businesses and the business community as a whole should help provide leadership on this childcare and preschool issue.

Individual businesses should see if providing both financial support and in-kind support makes sense for that business, as an enlightened way of both helping the business’s employees while also helping the business’s bottom line. Look into federal and state programs that might help subsidize some of your business’s costs in doing so, such as the federal Employer-Provided Child Care Credit or the Michigan Tri-Share Child Care Pilot Program.

CEO Summit: When Early Childhood Works, We All Work
Pulse site at the Upjohn Institute
The Economic and Business Case for Ensuring High-Quality Childcare and Preschool