When economies do not adjust the way economists expect 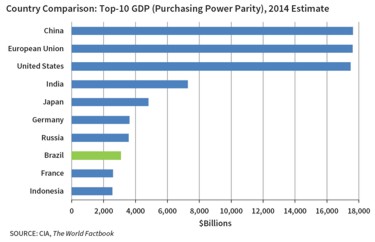 Economists have long thought that, over time, workers would move from lower-demand areas to higher-demand areas, thus evening out spatial differences in employment. But a new working paper from winners of an Upjohn Early Career Research Award challenges that assumption.

In 1990, Brazil began shifting its trade policy away from protectionism toward reduced tariffs and more imports. However, the overall large decline in tariffs came with wide variations in tariff cuts by industry.

The researchers compared long-run labor market outcomes in local areas impacted by the steep cuts in tariffs to areas that saw smaller tariff cuts. They controlled for other economic policy changes in Brazil over the time period, including the 2000s boom in commodity prices, and devaluations of Brazilian currency. They also examined the changes in number and size of formal businesses in each local area, which is roughly comparable to a U.S. commuting zone.

Companies tended to adjust slowly to the changes in tariffs, and their adjustments often exacerbated poor labor market outcomes in areas where tariffs dropped markedly. Companies became less likely to create new jobs and more likely to leave the areas. Meanwhile, workers in those areas lost jobs and earnings, and these effects grew steadily for more than a decade before leveling off in the late 2000s. However, earnings grew in other areas, where initial wages were lower and tariff reductions were less significant. Reductions in tariffs appeared to spur growth in formerly marginal cities and towns, not in Brazil's large, high-wage cities that traditionally served as the country's economic engines.

While a growing body of research shows that changes in trade policy do not lead to uniform effects in the short run, many economists—including the authors of this paper—have tended to assume that the short-term effects would be the peak of the changes, with labor markets restabilizing over time as workers move to where the jobs are. But this paper finds exactly the opposite outcome. Short-run variations in the labor market in the wake of Brazil's trade changes vastly underestimated their long-run effects. Even two decades after Brazil liberalized trade, the costs and benefits of that change remain unevenly distributed across the country.