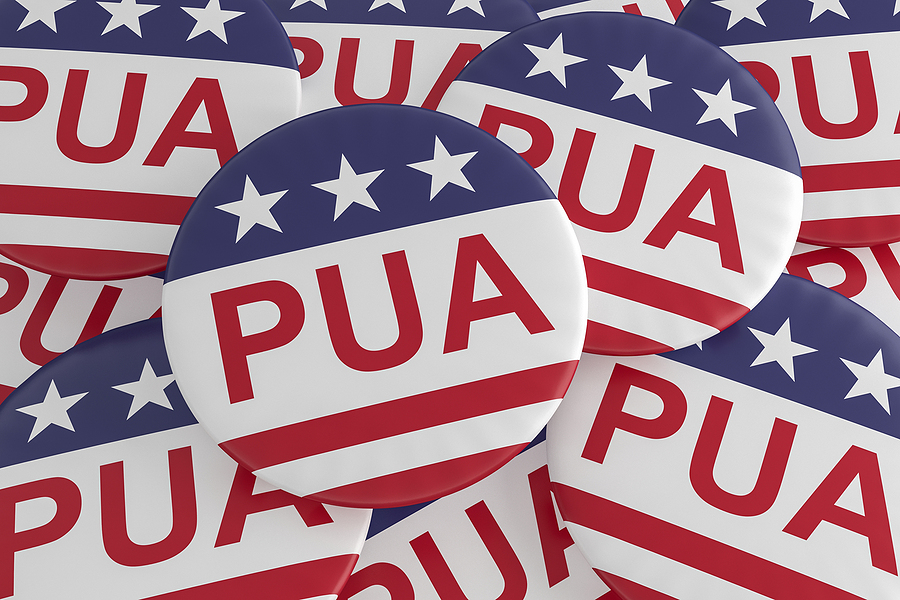 The extension of supplemental unemployment insurance (UI) benefits to mid-March by Congress, signed by President Trump Dec. 27, is indeed welcome news.  Without an extension of benefits, more than 14 million combined participants in the Pandemic Emergency Unemployment Compensation (PEUC) and the Pandemic Unemployment Assistance (PUA) programs would have received their final assistance payments on December 31. More than 9.2 million unemployed currently receive PUA, which provides benefits to self-employed workers not traditionally covered by UI programs or to wage and salaried workers whose prior earnings are not sufficient to qualify for regular UI. Another 4.8 million individuals receive PEUC, which provides 13 weeks of extra benefits to those who have exhausted their regular state or federal UI benefits.  Created by the Coronavirus Aid, Relief, and Economic Security (CARES) Act in late March, these two programs combined account for 68 percent of individuals currently receiving UI benefits. These benefits are important lifelines as the nation slowly recovers from the job losses created by the COVID-19 pandemic.

Let’s take a look at how the use of these two programs varies across states.

The following map provides a colored scale showing where the 14 million PUA or PEUC participants reside.  California leads the nation with more than 3 million participants.  New York is next with 1.9 million.  There are four states with somewhere between 500,000 and 1 million: Pennsylvania, Michigan, Massachusetts, and New Jersey.  Twenty-four states have 100,000 or more participants.

These differences are not that surprising, since the states with the highest numbers of individuals collecting benefits in the two programs are also among the most populous. To make sure that we compare apples to apples, we account for differences in state size by using the pre-COVID-19 February employment of each state as a benchmark to examine relative differences. We use total employment, including both wage and salaried workers and the self-employed, since the PUA program applies to these latter workers, who are not traditionally covered by UI.

The map below shows that New York has the greatest relative share. The state’s 1.9 million PUA or PEUC participants represent 21 percent of those who were employed in February. The next highest relative share belongs to Hawaii with 18 percent, representing 114,000 recipients of PUA or PEUC as compared to an employment level of 651,000. Of the other states with shares above 10 percent, six also had large absolute numbers of claimants from both programs, ranging from 400,000 to more than 3 million. These six are California, Massachusetts, Michigan, Pennsylvania, Indiana, and New Jersey. States with more than 10 percent relative shares but far lower claimant levels are Nevada, Rhode Island, and the District of Columbia.

Eighty-four percent of UI claimants in Indiana are participants in PUA or PEUC, the programs that would have expired at the end of the year without congressional action.  New York and Michigan follow with 80 percent and 77 percent, respectively.  In all, 40 states get more than half of their UI recipients from these two programs.

How did we get here? As the pandemic began to take hold of the country earlier this year and the economy headed into recession, more than 22.2 million jobs were lost from February to April.  By May 9, the number of individuals receiving traditional UI peaked at 24.9 million.

Payroll jobs rebounded significantly in May and June with total gains of about 7.5 million.  Since then, payroll employment has continued to increase, but with much smaller gains in successive months.  By November, payrolls increased by only 245,000.  The number of people receiving traditional UI followed a similar, but inverse, pattern—falling dramatically the week of May 16, then declining at slower rates since. As of December 5, the total number of continued claims for traditional UI stood at 5.5 million. Since the first claims recorded in April, continued claims for PUA peaked the week ending June 27 at 14.3 million.  As of November 28, that number had fallen to 9.2 million.

Additionally, the two programs that allow individuals to continue collecting payments after their regular UI or PUA benefits run out, PEUC and Extended Benefits, have both seen participant levels rise steadily since April.  As of November 28, there were 4.8 million receiving PEUC and 694,000 individuals receiving Extended Benefits.

The current situation is not surprising given the weak payroll employment gains over the past several months, during which the economy has recovered only 12.3 million of the 22.2 million jobs lost in the spring. The large number of PUA claimants still receiving unemployment benefits indicates that the self-employed continue to have a hard time lining up contracts and work arrangements.  As well, the lack of job opportunities in a slowly growing economy means that more and more UI recipients are exhausting their regular benefits and are receiving PEUC or state Extended Benefits payments.

All of this suggests that the creation of new job opportunities to enable UI recipients to return to work could take a long, long time.  Indeed, by November, there were 3.9 million long-term unemployed (meaning they had experienced 27 weeks of unemployment or longer), a number that represented 37 percent of the unemployed.  And while the last-minute extension of supplemental UI benefits by Congress will keep more than 14 million current UI recipients from losing assistance during the holidays, as we look ahead to March it is only natural to ask, “Will we have to do this all over again soon?"