Tuition-free scholarships may blunt effects of recession, but not everyone benefits equally 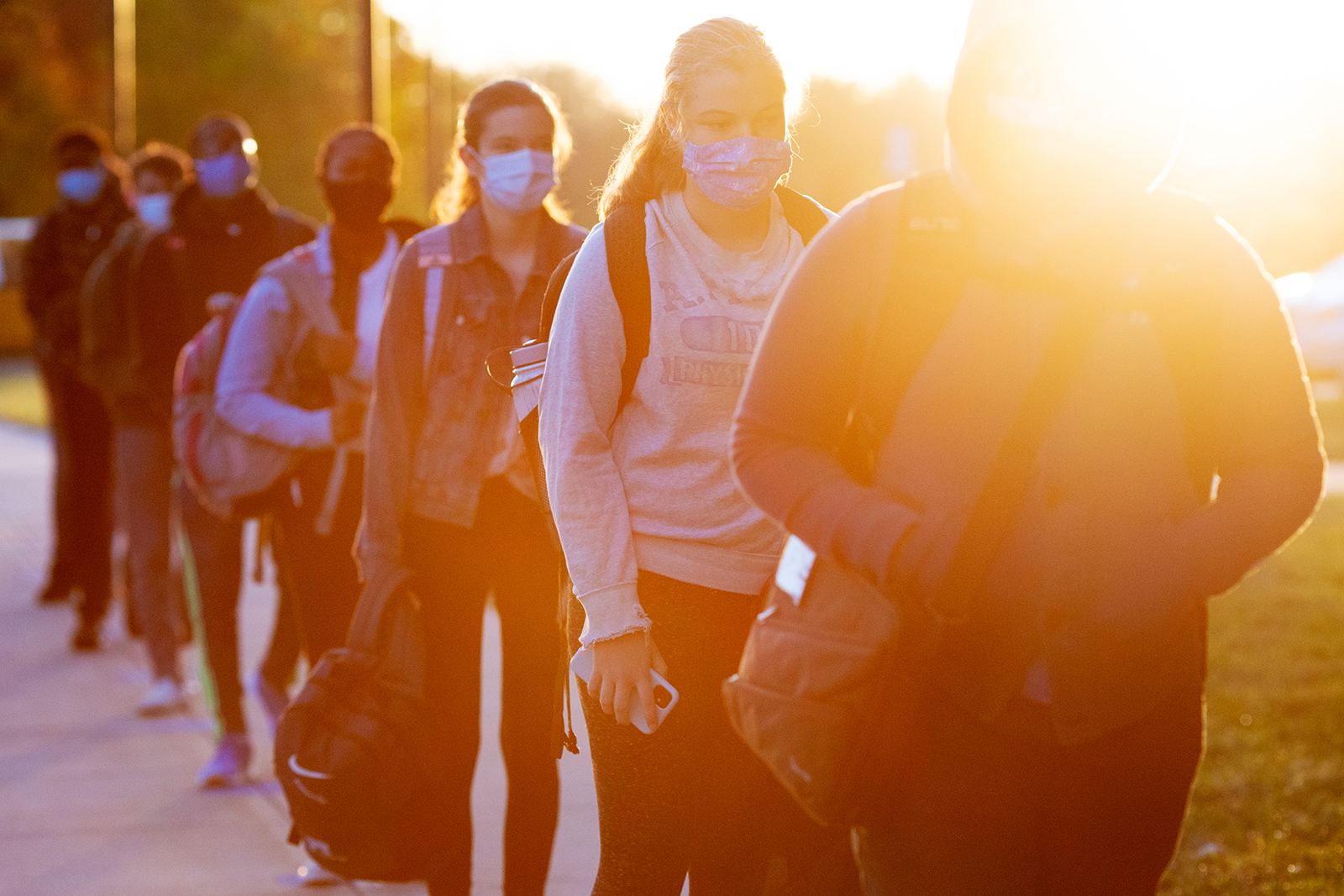 The Kalamazoo Promise scholarship did not fully stave off the effects of the COVID-19 recession, as drops in students’ 2020 college enrollment rate show. The pandemic recession brought the first widespread shock not only to Promise recipients’ college and career prospects but also their health and family situations.

Unveiled in 2005, the Kalamazoo Promise pays up to full tuition at Michigan public colleges, universities, and most private colleges for Kalamazoo Public Schools graduates, with the scholarship amount prorated by length of attendance in the district. New research on Promise high school graduates’ enrollment into college shows that the program may have blunted the effects of the recession, but not everyone benefited equally.

As other research shows, young adults across the United States grew more likely to become disconnected from work and school as the pandemic progressed during 2020. Kalamazoo didn’t escape that trend, although there’s evidence the Kalamazoo Promise allowed some students to use the disruption to transfer to more-selective colleges.

Last fall, the share of Promise-eligible class of 2020 graduates enrolling in the local Kalamazoo Valley Community College fell to 17 percent, half of the 35 percent who enrolled immediately from the 2019 class. Kalamazoo Valley had been long been the most popular destination for Promise graduates.

At the same time, Kalamazoo-based Western Michigan University—already the most-attended four-year university among Promise graduates—saw its share of the class of 2020 increase to 18 percent, up from 14 percent in 2019. Much of this increase came among economically disadvantaged students, defined as those eligible for free or reduced-cost lunch.

The pandemic caused university policymakers to relax admissions standards by dropping requirements for standardized tests, among other changes. This created an opportunity for Promise recipients to “trade up” from a community college to a four-year university, or from a less-selective to a more-selective university. As the Kalamazoo Promise pays for tuition at two-year or four-year institutions alike, a graduate who traded up would see no difference in cost, assuming no change in that student’s living and other expenses.

The enrollment increases at Western Michigan University explain some of the declines at Kalamazoo Valley Community College, the authors find. However, the data suggest that it was mostly White students who traded up to the four-year school.

Racial disparities are evident in greater increases of nonenrollment among Black high school graduates than among White graduates. A third of Black graduates didn’t immediately enroll in 2019; that number jumped to one half in 2020. White graduates, by comparison, saw their nonenrollment rates climb from 21 to 29 percent over the same period.

Poverty seems to be a barrier to enrollment as well, although one that White graduates overcame at much higher rates. Among those eligible for free or reduced-price lunch, both Black and White graduates experienced large drops in enrollment at Kalamazoo Valley Community College. However, only White students increased their enrollment rate at Western Michigan University, from 14 to 26 percent. The enrollment rate for Black students fell slightly.

As the Kalamazoo Promise and other place-based scholarships reduced tuition as an obstacle to attending college, the persistence of racial disparities came into clearer focus for program administrators and researchers nationwide. Researchers, including Hershbein, raised the issue in a recent conference focusing on workforce outcomes of free-tuition scholarship programs.

The Kalamazoo Promise organization is working with community partners to support graduates through other obstacles to their education and careers, Von Washington, Jr., community relations director for the Kalamazoo Promise, said during a conference panel. “Even though more students are receiving an education, more students are having the opportunity and the barriers removed, it does not stop systemic racism, it does not stop institutional racism,” Washington said. “It does not stop those other barriers that students face whether they have a degree or not.”

The Upjohn Institute and the Kalamazoo Promise are research partners but the policy paper is solely the work of its authors.

Delivering on the Promise movement: Q and A with Path to Free College author Mi…
Pandemic recession increased disconnection from school, work for youngest adults
Promise scholarships get graduates into good jobs—if the jobs are there

How College Enrollment Changed for Kalamazoo Promise Students Between Fall 2019…