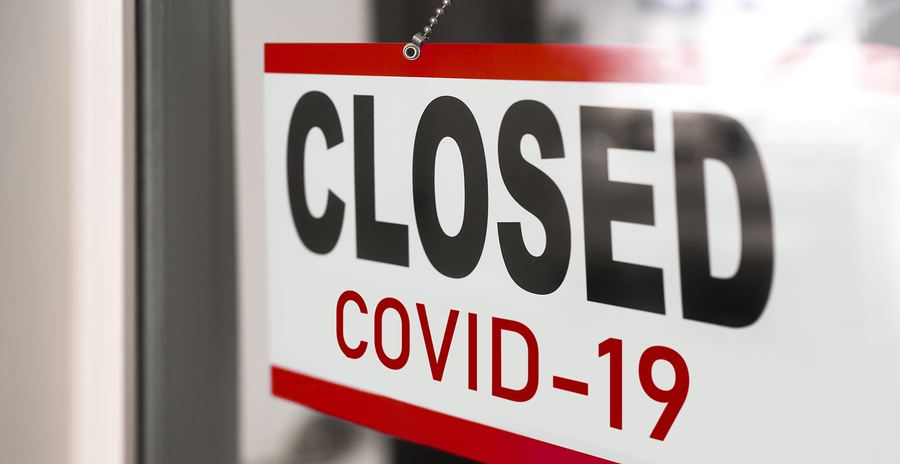 By Randall Eberts and Zachary Brown

It has been more than three months since the first case of COVID-19 was reported in Snohomish County, Washington, on January 21. Since that one case in that one county, we have exceeded 1.1 million confirmed cases and more than 67,000 deaths—and still counting. The rapid spread of the virus has exacted tremendous hardship on the population, affecting people’s health and livelihoods.

To address the health consequences of this pandemic, most governors closed nonessential businesses and ordered residents to stay home. Since California first instituted such orders on March 19, all but 10 states had followed suit by early April, keeping 90 percent of the U.S. population confined to their homes and sending the nation’s economy into a tailspin. To help contend with economic hardships, Congress passed four federal relief laws, totaling more than $3.6 trillion. Despite the continued threat of illness and even death, many people are feeling the urge to return to work and to regain some sense of normalcy. Governor Brian Kemp of Georgia authorized resuming many business operations starting on April 24, and at least 13 additional states have begun to ease their stay-at-home restrictions and reopen businesses. Yet, even with the relaxing of restrictions in Georgia and other states, residents still must practice good social distancing, such as wearing face coverings while in public, and large gatherings, such as sports events or concerts, are still prohibited.  In some states, hospitals and doctors’ offices do not expect to be operating normally until September.

The impacts on both the economy and people’s health are profound. Beginning the week of March 15, initial claims for unemployment insurance (UI) benefits surged by more than 3 million—itself an all-time record—and have since totaled over 30 million. As of April 18, nearly 18 million people were receiving benefits, about 1 in 8 workers.

Figures 1 and 2 place these two measures—COVID cases and initial UI claims, both per 10,000 people—on the same graph to showcase the trade-off between economic and health-related hardships. The figures show respective snapshots in time: March 14 and April 18. In the March 14 graph, there is little trade-off: the surge in filings for UI benefits had not yet begun, and Washington was the only state that had enough COVID cases relative to its population to put it above the rest of the states. At that time, New York had the same number of cases as Washington, 609, but with a much larger population

By April 18, 35 days later, the landscape had changed dramatically, as shown in Figure 2.  New York had nearly 240,000 COVID cases, or 122 cases per 10,000 people, and Washington State had 12,000 cases, or about 14 cases per 10,000 people. By the 88th day after the first case appeared in the country, states like New York, New Jersey, and Massachusetts—which moved quickly up and to the left in the graph—contended with many more COVID cases relative to initial UI claims than states like Florida, Georgia, and Kentucky, which moved to the right.

As mentioned above, some states, including Florida and Georgia, have begun to reopen businesses. Supporters argue that these reopenings have coincided with a slowdown in the growth of COVID-19 in their states, and there is some evidence in support. Of the more than a dozen states that have shown a sustained decline in confirmed cases, roughly half have eased their stay-at-home bans and business restrictions. However, this pattern is not universal: some states that have eased restrictions have seen their new case levels plateau or even tick up.

Other states, such as Louisiana and New York, have maintained restrictions as caseloads lighten. These states may prefer to protect the population’s health even at high economic cost, perhaps because of the severe consequences they have already experienced with COVID-19.  Still other states may choose a more balanced approach between health and the economy.

Unfortunately, it’s not clear which of these paths is the best option. The constellation of states shown in Figure 2 may again look quite different in just a few weeks. Whatever our preferences, the novel coronavirus is likely to upset them. Experts have reminded us that social distancing and personal protection are necessary precautions until a vaccine or effective treatment is in place. The cost of following these guidelines for the safety of workers and residents is a lagging economy and a slow return to normalcy.