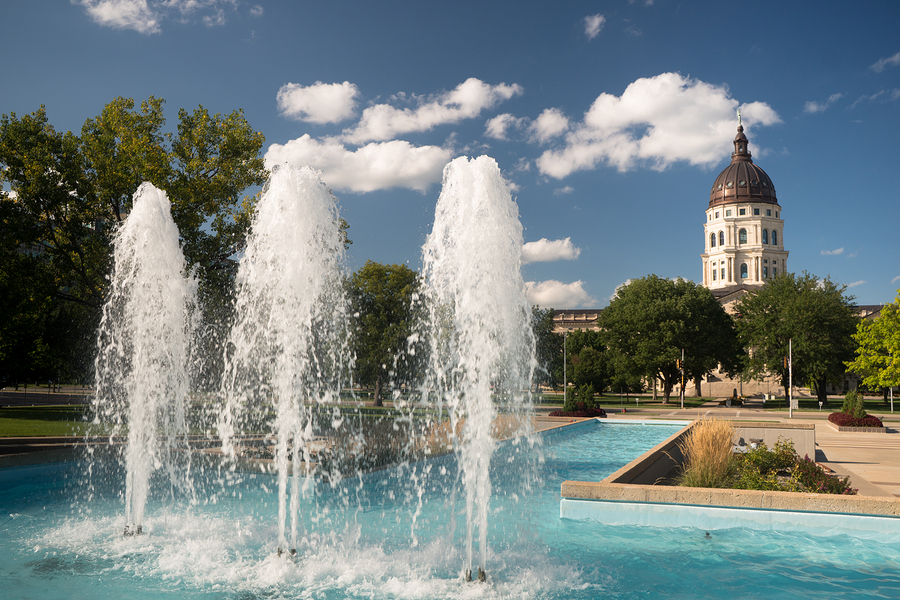 The Coronavirus Aid, Relief, and Economic Security (CARES) Act of 2020 greatly expands access to and generosity of unemployment insurance (UI) benefits. The historic rise in claims for regular state UI benefits since early March has overwhelmed many state UI administrative systems. Somewhat overlooked in the CARES Act are incentives for employers to use short-time compensation (STC) instead of layoffs to manage their employment levels. STC, or work sharing, is a UI program that permits employers to reduce hours equally for all employees in a given work unit and partially replace the lost earnings through UI benefits. Kansas has used a simplified administrative approach for STC. If adopted in other states, the Kansas approach could help reduce the workload on overburdened UI claims processing systems.

Short-time compensation is a natural alternative to layoffs in the COVID-19 crisis, since reduced hours on alternate days in a workplace could accommodate social distancing where full-staffing levels might not. In Europe, STC is a key labor market tool used by governments to address labor surplus in the current pandemic. STC allows an employer to divide the available work among employees within a work unit, all of whom get the same proportional hours reduction.  For example, instead of laying off 50 percent of workers in a group, an employer would reduce weekly hours by 50 percent for everyone. Moreover, these workers would all earn 50 percent of their regular pay plus 50 percent of the weekly UI benefits they would qualify for if fully unemployed. In addition to STC benefits, workers included in an STC plan remain attached to the employer and retain worker benefits like health insurance and pension accrual.

The CARES Act encourages employers to choose STC over layoffs by reimbursing them with 100 percent of STC benefits paid in the 26 states that currently operate programs (or in states that establish permanent new STC programs) and 50 percent of STC benefits paid in states that add temporary STC programs. Reimbursement of STC claims can be a big employer incentive to establish an STC plan, because employer UI tax rates normally increase with the level of benefit charges. Providing the incentive to employers means that states must credit the reimbursements to employer accounts and must make employers aware that reimbursements will be made. The CARES Act provisions may induce some workers to prefer STC over full unemployment, because in addition to getting a share of weekly earnings and UI benefits, STC recipients will receive Federal Pandemic Unemployment Compensation (FPUC) of $600 per week. The CARES Act makes STC particularly appealing for low-wage workers. For example, suppose a worker who normally earns $10 hourly for 40 hours, in a state with the typical 50 percent UI wage replacement rate, has her hours reduced to 20 hours per week. On STC, she would receive $200 in earnings, $100 in regular UI benefits, and $600 in FPUC, for $900 in total weekly income.

Research conducted after the Great Recession reported that employers who used STC were pleased with how the program helped them survive declines in production. Workers benefited from staying connected to employers and keeping fringe benefits while on reduced work schedules. Employers benefited because they retained skilled workers during the recession and were able to quickly return to full operations once the economy recovered, saving them the costs of hiring and training.

The CARES Act offers grants to states without STC programs to establish them, and it offers money to all states for marketing to inform employers about the availability of the STC option in UI. Research suggests that employer outreach can increase STC usage in place of layoffs. The U.S. Department of Labor has issued guidance encouraging states to use STC as an alternative to layoffs. Employers are required to file STC plan applications for each work unit covered. In many states, each employee in the plan must then separately apply for STC eligibility through a UI application and additionally file weekly continued STC claims.  This means workers on STC must compete side-by-side in the same online or telephone queues as regular UI claimants to submit initial and weekly claims to overtaxed processing systems.

However, one state’s experience shows this cumbersome procedure is not necessary. In 1989, Kansas temporarily adopted STC, calling the program “shared work,” and two years later made it permanent. During the early 1990s, the Kansas unemployment agency aggressively promoted shared work, and employers gained experience in using the system. During the Great Recession, shared work was widely used in Kansas—particularly by the aircraft manufacturing industry, based in Wichita. Recent research has documented in detail the streamlined STC administrative procedures used by Kansas since the 1990s—still essentially unchanged today—which could be a valuable template for other states.

This research reported that Kansas workers covered by an STC plan avoid telephone queues,  slow online systems, and long lines at offices when trying to access STC benefits. Instead, employers download STC application forms from the state website and submit initial and continuing claims for benefits on behalf of their workers, in batch form, to the Kansas unemployment agency. Because employees are not required to file separately for STC, their benefit payments are expedited, and there is reduced congestion in application systems for other claimants who need to submit initial and weekly continued claims online or by telephone.

Under the CARES Act, the federal government offers grants to states both to promote and improve existing STC programs and to implement STC programs in states where they do not yet exist. To better serve all job seekers and employers, the Labor Department should provide guidance to states for streamlining STC procedures in a manner similar to the methods used by Kansas. Having employers file initial and continuing STC claims could greatly reduce the administrative burden on state unemployment agencies during this unprecedented need for unemployment insurance.

Other research and resources on work sharing (short-time compensation)