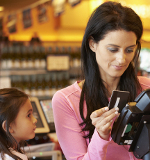 Twenty-five states and the District of Columbia (DC) supplement the federal Earned Income Tax Credit (EITC) with their own version of an EITC. Results presented in a new Upjohn Institute working paper reveal how supplemental EITC programs can help reduce poverty.

Bradley L. Hardy and Rucha Samudra of American University and Daniel Muhammad of District of Columbia Government use unique longitudinal administrative tax panel data for DC to assess the combined effects of the DC supplemental EITC and the federal EITC on poverty and income dynamics within Washington, DC from 2001 to 2011. They find that, together, the DC and federal EITCs lift the likelihood of net-EITC income of District residents at above-poverty and near-poverty levels by as much as 9 percent, with the largest effects accruing to single-parent families.

Read "The Effect of the Earned Income Tax Credit in the District of Columbia on Poverty and Income Dynamics."