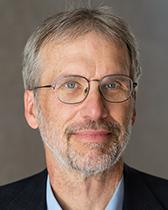 Senior economist Tim Bartik appears in a CNBC piece titled "Cities are clamoring to offer Amazon tax incentives for HQ2 — that may be a bad idea" by reporter Karin Shedd.

According to CNBC, "Amazon's search for its HQ2 has created a bidding war between cities and states worth millions or even billions. These types of tax incentives have a long history in the U.S., but experts question their efficacy. Watch this video to learn why."

The video was posted on October 25 on cnbc.com.