Who Wins in an Energy Boom? Evidence from Wage Rates and Housing 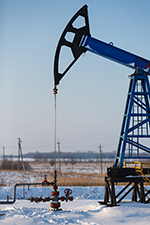 Energy booms can have considerable positive economic effects on local economies. As new research by Grant D. Jacobsen shows, the recent U.S. energy boom boosted wage rates, housing values, and rental prices. He points out that wage rates increased across nearly all occupational categories and in every segment of the wage distribution. Residents in the boom areas also saw housing values increase by over 12 percent and rental prices by 5 percent. Despite these increases, Jacobsen finds that the positive effects of the boom were more than enough to offset the rise in housing costs.

Still, Jacobsen advises that the positive economic effects resulting from the energy boom need to be weighed against the negative effects that arise from new methods of resource extraction, especially hydraulic fracturing (or fracking). These may include environmental degradation, infrastructure depreciation (especially of roads), decreased highway safety, and increased demands on public services such as education.

Read "Who Wins in an Energy Boom? Evidence from Wage Rates and Housing," by Grant D. Jacobsen

Who Wins in an Energy Boom? Evidence from Wage Rates and Housing, by Grant D. J…
View All Highlights