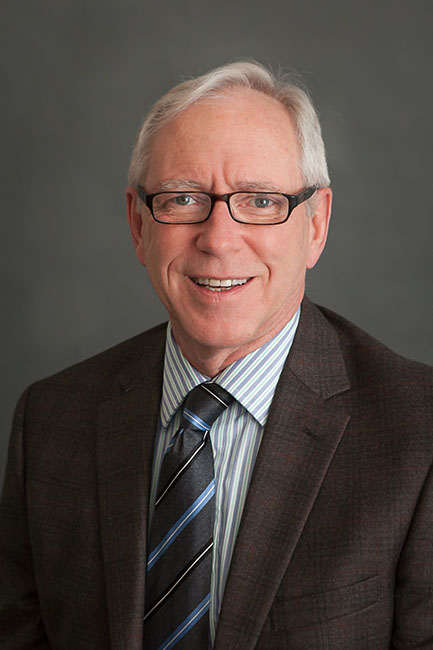 KALAMAZOO, Mich.— The W.E. Upjohn Institute for Employment Research welcomed Michael W. Horrigan as its new president March 4. Horrigan, formerly associate commissioner with the Bureau of Labor Statistics, succeeds Randall W. Eberts, who announced his retirement from the president’s role last March after 25 years leading the Institute. Eberts remains with the Institute as a senior researcher.

Horrigan came to the BLS as a labor economist in 1986, after six years as an economics professor at Williams College in his native Massachusetts. He rose through the ranks as a division chief, the director of the National Longitudinal Surveys Program and assistant commissioner in two offices. He served as associate commissioner for the Offices of Prices and Living Conditions before taking his current role of associate commissioner in the Office of Unemployment and Unemployment Statistics in 2014.

In 1991, Horrigan was finishing a one-year term as a senior labor economist with the Council of Economic Advisers when he met Eberts. “I was replacing him as one of the senior staff economists,” Eberts said. “Now he is replacing me as president of the Institute, more than 25 years later. In the interim, Mike has established himself as one of the premier labor economists in the country.”

Horrigan’s oversight of programs to produce and distribute key national employment indicators positions him well to steward the Institute’s research initiatives on vibrant local economies and on alternative work arrangements, said Donald R. Parfet, chair of the Upjohn Institute Board of Trustees. “His background in labor economics and numerous leadership roles at the BLS make him particularly well suited to guide the Institute on an exciting strategic path,” Parfet said.

“He has a lot of experience in this space and a real eagerness to lead us,” Parfet said. “He has the energetic drive to continue the work that Randy has started.”

In addition to providing vision and strategic direction, Horrigan also plans to continue his own research, potentially collaborating with Institute researchers on topics such as workforce development, automation and labor force participation. “The researchers are doing exceptional work and I’m looking forward to building on that research in a way that has even greater impact,” he said.

The Institute has focused on various topics over the years but draws strength from its unique position as a nonpartisan labor market research nonprofit that is narrowly focused on employment issues. “We absolutely will want to go deeper,” Horrigan said. “We want to leverage the things we know how to do really well, in a way that’s intentional.

“We’ll also look at going broader, while at the same time be disciplined about which initiatives we undertake,” he said. “We will not go beyond our reach.”

Although Horrigan got a taste of the Midwest during graduate work at Purdue University and has relatives in Michigan, he is still learning about the area. “There’s a lot more than I realized,” he said. “I’m excited about the education and cultural opportunities Kalamazoo has to offer for me and my family.”