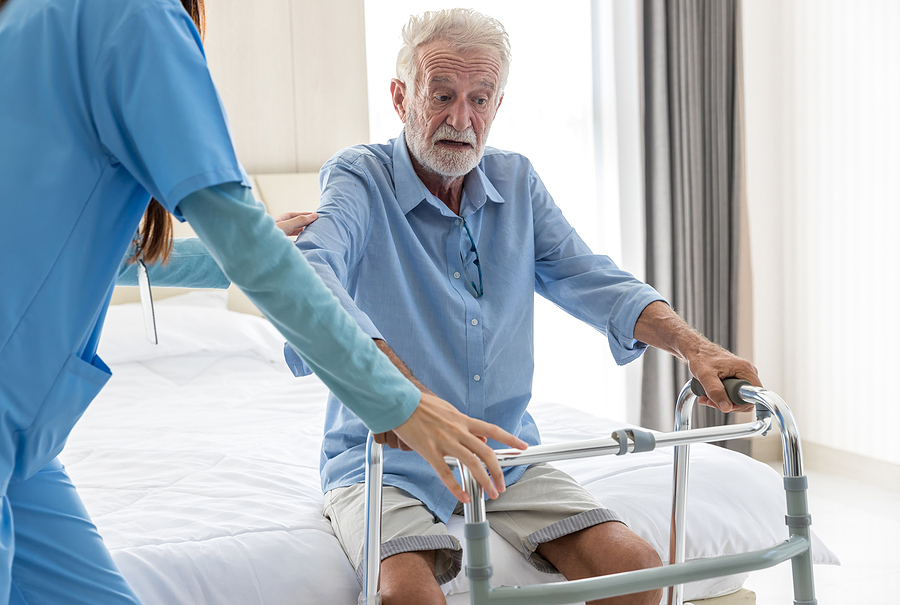 In the United States, it seems as if everyone knows someone—whether it be an aged or disabled family member or acquaintance—who’s been in either a nursing home, an assisted living facility, or who received nursing care at home. In fact, in 2019–2020, nearly 55 million elderly Americans were being cared for at home (predominantly) or in a facility.

Yet, as argued in a new book from the Upjohn Press, the system for providing such care in the U.S. has several weaknesses related to financing, staffing, compensation, and the fact that family members of the elderly are compelled to provide much of the care. In Long-Term Care in the United States: History, Financing, and Directions for Reform, George A. (Sandy) Mackenzie provides an accessible look at an important yet overlooked industry that touches nearly all of us. He also looks at long-term care (LTC) systems in other developed nations that could provide answers to problems inherent in the U.S. system, proposes three levels of reforms for improving the system, and discusses the impacts of the COVID-19 pandemic on older Americans in nursing homes and other care facilities.

Mackenzie begins with a short but informative review of the history of LTC in the U.S. including the emergence of nursing homes, the introduction of Medicaid, the advent of home- and community-based service programs, and the growth of assisted living facilities and continuing care retirement communities.

He then turns to how long-term care is financed in the U.S., with a section on Medicaid including what it covers, how it interacts with states on financing certain types of care, the complex criteria determining eligibility for Medicaid, the misconceptions among the public about what Medicaid pays for, and the market for private LTC insurance.

The U.S. is not the only developed nation that has a system for providing LTC for its elderly citizens. Seeking answers to problems in the U.S. system, Mackenzie examines how LTC is provided and financed in Canada and in Germany, and finds features that, he thinks, could be adopted in the U.S. to increase coverage, and strengthen how LTC is financed.

Early in the COVID-19 pandemic, before the rollout of vaccines, losses in U.S.-based nursing homes were nothing short of devastating. Mackenzie points out that other nations, including Canada, Germany, and the United Kingdom were also impacted, but not as severely as in the U.S. He compares the losses incurred in the four countries and offers two explanations for why the number of deaths in the U.S. were so high.

Mackenzie concludes with a chapter that establishes a benchmark for a more equitable LTC system in the U.S. Comparing the current system to this proposed benchmark, he finds several areas where the U.S. falls short. So, recognizing that legislation aimed at meeting this benchmark would face a difficult political landscape, Mackenzie offers three approaches for improving the system; a simple approach that would leave the existing Medicaid structure in place, a second which adds remuneration for unpaid relatives who provide home-based care, and a third that would comprise a complete overhaul of the U.S. system.

This book is available as a free download here.

Long-Term Care in the United States: History, Financing, and Directions for Ref…