NAFTA and the Gender Wage Gap 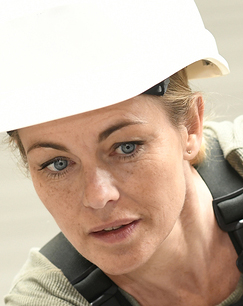 The 2016 presidential campaign brought back to the political stage the question of the impact of the North American Free Trade Agreement (NAFTA) on the U.S. labor market, and the new administration is currently reviewing the agreement to determine if its wants to renegotiate with Canada and Mexico. Yet, with all the focus on NAFTA and job loss in recent months, most scholarly research shows that it has had little effect on jobs. For example, in their review of previous studies, three Upjohn Institute staff, as reported in their OECD working paper, find modest employment effects overall, although there were some groups of workers who were affected more than others. A recent Congressional Budget Office report came to a similar conclusion, recognizing that NAFTA may negatively affect some groups even though the overall effects are insignificant.

New research from the Upjohn Institute drills deeper into the impact of NAFTA by examining its effects on the wages of various demographic groups. This study finds that tariff reductions resulting from NAFTA led to lower wage growth for married blue-collar women workers than for other demographic groups. The study's authors, Shushanik Hakobyan and John McLaren, find some evidence that higher-wage married female workers dropped out of the labor market as a response to their industry's loss of tariffs.

Download "NAFTA and the Gender Wage Gap" by Shushanik Hakobyan and John McLaren.

More on the labor market impacts of international trade, including NAFTA:

More reserach and experts on globalization
More research on wages, health insurance, and other benefits
View All Highlights