English skills are key for immigrants getting health insurance coverage 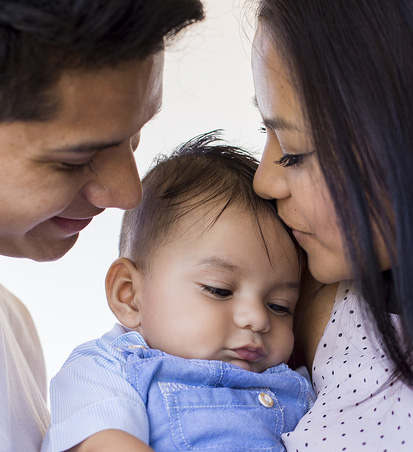 Immigrants to the United States have much lower health insurance coverage than natives. According to research by the Upjohn Institute’s Marcus Dillender, differences in English skills between natives and immigrants account for the bulk of the disparity. In particular, Dillender found, English skills increase access to employer-sponsored health insurance.

While speaking better English could make it easier to sign up for Medicaid, that’s not the main effect Dillender found. In a new paper, “English Skills and the Health Insurance Coverage of Immigrants,” he points to stronger evidence that English skills increase health coverage by helping immigrants find the kinds of jobs that offer insurance.

Immigrants make up just 13 percent of the United States population, yet they account for 30 percent of all uninsured working-aged people. Just 67 percent of immigrants under 65 have health insurance, compared to 87 percent of people born in the U.S. Given the strain uninsured patients place on hospital systems and the broader economy, policymakers have sought to increase the number of people with coverage.

With this in mind, Dillender sought to determine the reason for the low levels of coverage among immigrants. He focused on the effect of English skills, an area with little previous direct research.

Because English skills may be correlated with other, unobserved, factors such as ability, that could help immigrants find insurance, Dillender broke the link by focusing on the immigrants’ age when they arrived in the U.S. He relied on the fact that children who arrive before puberty can pick up a new language much more quickly than those arriving later. He used immigrants from English-speaking countries as a control group; for these immigrants, the age they arrived would have no effect on their English skills.

Immigrants who speak English poorly face a double barrier, Dillender found. They have trouble finding jobs that don’t require them to speak fluent English yet that still offer health care benefits. In addition, legal immigrants whose incomes are low enough to qualify for Medicaid may face language and other barriers in signing up. Looking at the recent expansion of Medicaid eligibility under the Affordable Care Act, Dillender found no significant increase in the likelihood of an immigrant who doesn’t speak English having Medicaid. Only legal residents may obtain Medicaid, so its expansion would not affect unauthorized immigrants.

Dillender’s findings suggest that targeting English skills might prove more effective in increasing health coverage than outreach aimed at increasing Medicaid signups. Such an approach, by increasing the percentage of people with employer-provided coverage, also stands to save money by shifting more care from emergency rooms to doctor’s offices. However, a focus on teaching English also faces a significant hurdle for older immigrants, as the ability to become fluent in a new language falls off rapidly after puberty.

“English Skills and the Health Insurance Coverage of Immigrants” appears in the American Journal of Health Economics Summer 2017 issue.

View a slide presentation of "English Skills and the Health Insurance Coverage of Immigrants."