Does technology pose a risk to low-wage workers? 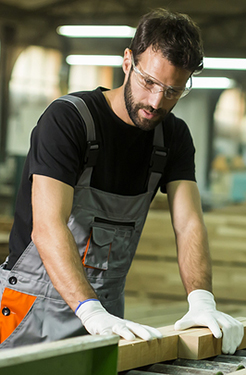 Evidence in a new Upjohn Institute working paper suggests that low-wage workers may be more susceptible to losing their jobs to technology if their jobs entail cognitively routine tasks. In "Wage Shocks and the Technological Substitution of Low-Wage Jobs," authors Daniel Aaronson and Brian J. Phelan exploit the variation in the cost of low-wage labor caused by minimum wage increases to study the extent of technology substitution for low-wage workers. They find that increases in the cost of low-wage labor lead to relative employment declines at cognitively routine occupations but not manually-routine or non-routine low-wage occupations.

Read "Wage Shocks and the Technological Substitution of Low-Wage Jobs."