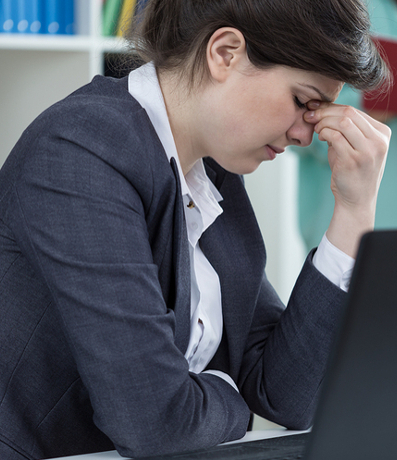 The United States is the only industrialized nation without universal access to paid sick leave. Therefore, when employees lack paid sick leave, they may go to work despite being sick. Working while sick is formally known as “presenteeism,” and the practice has the potential to spread contagious diseases, such as the flu.

In the U.S. half of all workers lack access to paid sick days; many are low-income and work in the service sector. However, increasing numbers of cities and states are developing sick leave policies.

Staggered implementation of these new sick leave policies allowed researchers Stefan Pichler and Nicolas Ziebarth to analyze changes in the rates at which people in affected areas caught the flu after the policies were launched. In a recent Upjohn Institute working paper, funded by the Institute’s ECRA program, they find that when U.S. employees gained access to sick leave, the general flu rate in the relevant populations decreased by 10 percent.

Pichler and Ziebarth also analyze the extent to which access to paid sick leave encouraged shirking work by examining what happened when German sick leave policies were reformed to reduce the generosity of benefits to workers. While the reduction in available sick days led to a reduction in calling in sick for noncontagious health problems, such as back pain, little change was seen in the number of sick days taken for contagious diseases. The researchers suggest that the same impulse to save sick days extended to when people had the flu; workers were more likely to save their sick days than use them, and they would take medicine to feel better and work while contagious.

Pichler and Ziebarth conclude that when the amount of paid sick leave is reduced, policymakers must consider the trade-off between reducing shirking in the short run versus increasing presenteeism, which leads to higher medium-term rates of infectious disease.

Read The Pros and Cons of Sick Pay Schemes: Testing for Contagious Presenteeism and Shirking Behavior, by Stefan Pichler and Nicolas Ziebarth.