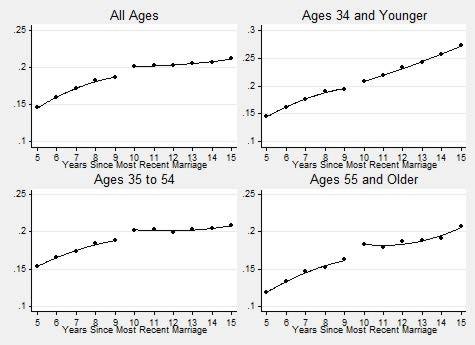 People who are married are entitled to Social Security spousal benefits if their marriages last at least ten years. A new paper by Institute economist Marcus Dillender titled “Social Security and Divorce Decisions” provides evidence that this ten-year rule results in a slight increase in divorces for the general population, but also that the effects vary by age. Most notably, for couples with at least one member age 55 or older, divorce rates rise by roughly 20 percent once marriages reach the ten-year mark.