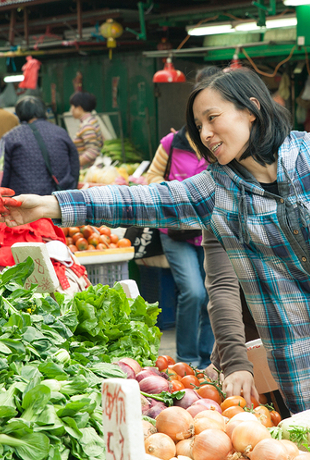 Many studies show consumption, especially food-related consumption, drops significantly when people retire. This runs counter to Milton Friedman's famous permanent income hypothesis, which assumes that spending remains roughly the same across the life cycle. What role does time play in solving this puzzle?

Recently, researchers have suggested that retired households have more time available to shop for bargains, allowing them to pay lower prices for the same quality and quantity of goods, including food. Over the life cycle, people's shopping time increases and the prices they pay decrease. Around retirement, the prices people pay for goods drop significantly.

China’s mandatory retirement policy offers a natural experiment to observe how retiring affects Chinese seniors’ spending decisions. The policy requires all men to retire at 60. (Women retire at 50 or 55, depending on occupation.) The retirement age policies have been in effect since the 1950s, so Chinese workers can plan their retirement far in advance. China's cultural differences—notably, high rates of retirement savings and lower work-related expenses—provide a strong contrast to most prior research on retirement decisions, conducted in Western countries.

In a new working paper, researchers Yingying Dong of the University of California, Irvine, and Dennis Yang of the University of Virginia rely on a comprehensive, diary-based household survey to examine spending patterns. They find a significant decline in food expenditures at retirement, especially for heads of households without a college education (three-quarters of the sample). These declines concentrate among workers with the least funds available at retirement.

Further, they are able to separate changes in price from changes in the quantity of food purchased. Doing so shows that the decline in food expenditures is driven by reduced eating out and purchasing food at lower prices, not by buying less food. Bargain hunting and home cooking appear to be driving down food costs for less-wealthy Chinese retirees. Vegetables and fruits show the greatest price declines.

In the urban household sample studied, about 45 percent of household total consumption went to food. This proportion did not change much, but the amount of money spent declined. Retirees saved money by eating at home and spending more time looking for bargain prices.

More research on retirement and pensions
View All Highlights