Can Employers Adapt When Workers Want to Delay Retirement? 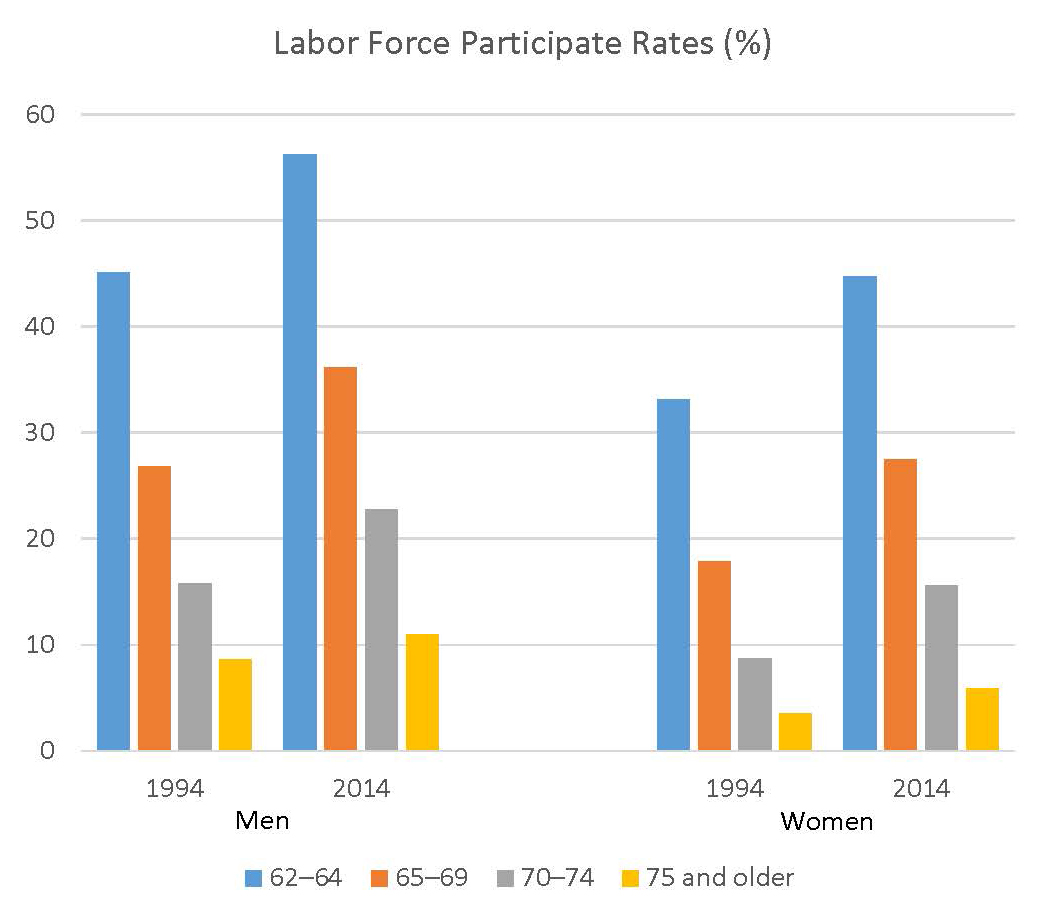 As is evident from the figure shown at right, aging men and women are increasingly remaining in the labor force. Most often the reason for this is that they need to work additional years in order to be able to support an increasing number of years in retirement. But how do employers react to an aging workforce? In a new WEfocus series book from the Upjohn Press, Extending Work Live: Can Employers Adapt When Employees Want to Delay Retirement?, authors Robert Clark and Melinda Sandler Morrill are among the first to address this issue. In the process, they provide a thorough assessment of the costs and benefits of accommodating later retirement ages, and they describe options employers may use to create some new form of employment contract with aging workers.

The most prominent issues employers with aging workers face are declining productivity, rising labor and benefits costs, and a suboptimal age distribution of their workforces. According to Clark & Morrill, employers could respond to these issues by finding new ways to accommodate older workers with, for instance, phased retirement and return-to-work policies. But the success of such policies also depends on tax policies and whether government-provided retirement benefits could be redesigned to play a role in a newly-defined employment relationship.

In coming years, it is certain that firms will increasingly be confronted with employees who want or need to remain employed. But how employers respond is just beginning to attract the attention of researchers who, according to the authors, need to provide a better framework in which to evaluate the impact of aging workforces on productivity and labor costs.